“Midwestern Meander” is the name I’ve given the road trip we took in late June 2012. We traveled from our home in New England to Niagara Falls, across Ontario to visit family in Michigan, the rest of the way around Lake Erie to visit family in Ohio, then back home again. I plan to post a bit about each stop, but I’m going about it in rather scattershot fashion.

This time we visited family in Ohio, we tried something a little different. Instead of staying at my mom’s house, we stayed about five miles down the road at a KOA (Kampgrounds of America). We’d considered tent camping but two adults, two kids, my blender, clothes for ten days, and a large number of snacks and audio books was about all we could fit in our VW Jetta. Tent and sleeping bags and other camping supplies would have made us look like the Griswolds on vacation. Our compromise was a stay at the KOA’s “Deluxe Kottage” where there were linens provided, a kitchenette, a bathroom with a shower and hot-and-cold running water, a porch swing. 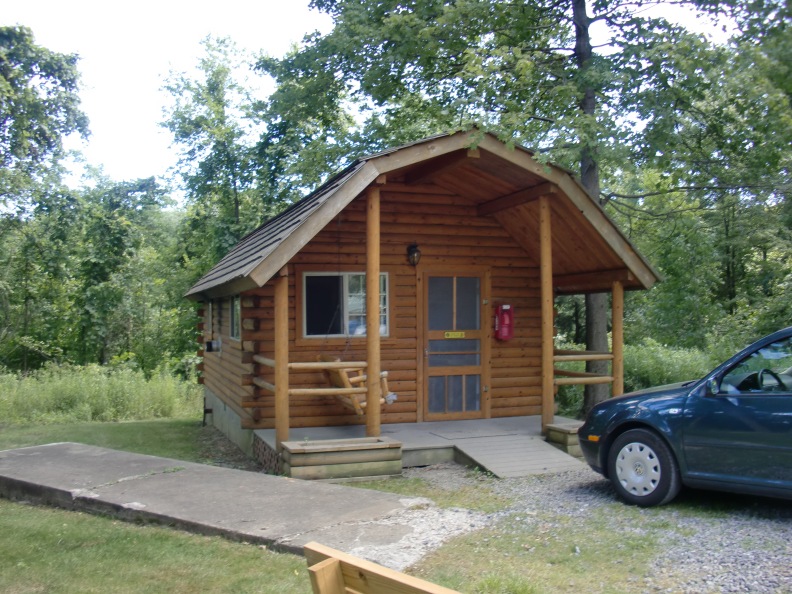 “You guys like this kind of thing?” my second-cousin asked when she came to visit us. The cabin was, to her eyes, too rustic. But for us, it was heaven. Humid and buggy heaven, but heaven nonetheless. My daughter declared that she’d slept better at the cabin than she does at home. I loved the simplicity of the cabin and the quiet and dark of its forest locale. Add one more room and a cellar, and I would be ready to move in.

Our trip itself was filled with visits with my immediate and extended family and a trip to Cuyahoga Valley National Park, Ohio’s only national park and home to Brandywine Falls, the second-largest waterfall in the state and where my son lost the stuffed dragon my mom had given him the night before. 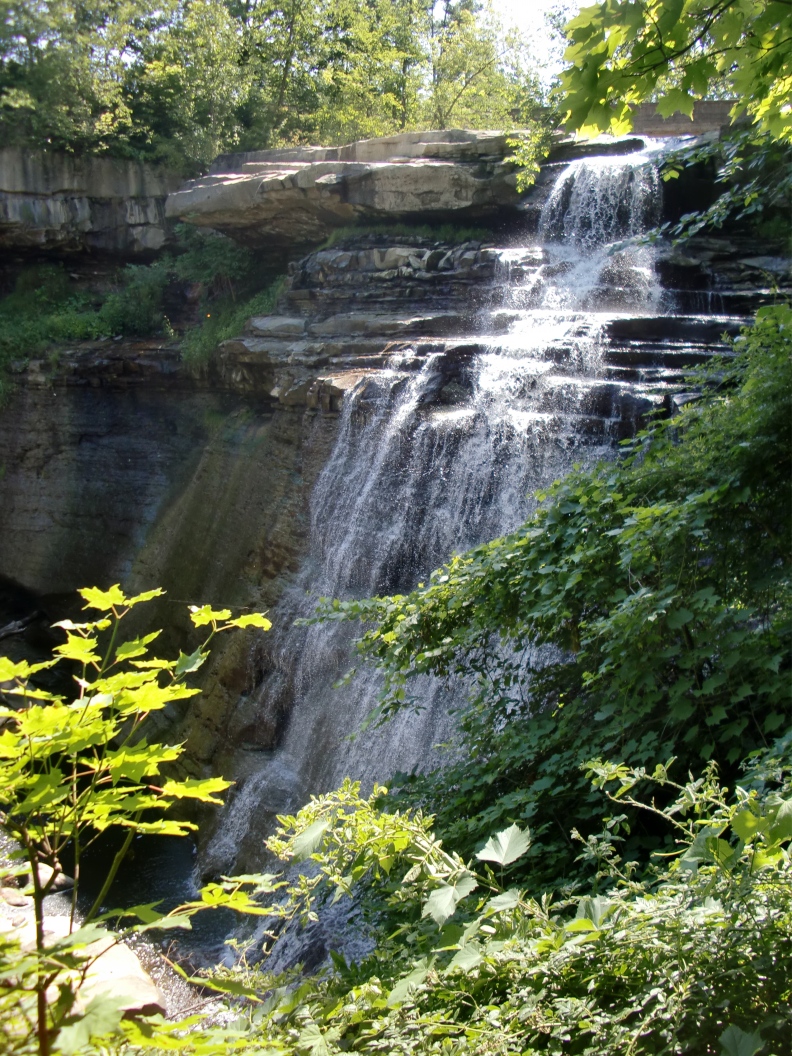 The night before we left Ohio, my daughter discovered what she called The Most Beautiful Place in the World. With her dad’s help, she’d followed a friendly camp cat they named “Pat” down a path hidden in the brush between our cabin and the next. When my daughter came in to tell me about it and ask me to go with her to see it, I was trying to compose a tactful and compassionate text in response to a volley of texts involving my mother’s unexpected absence at dinner at my sister’s house earlier in the evening. My phone was losing its charge and the signal kept going out, and I was feeling frustrated. I put my daughter off impatiently until finally I realized what I was doing. I turned off my phone and let her lead me down that dark path.

At the end of the path the brush opened out into a moonlit meadow surrounded by trees. The meadow and the trees sparkled with hundreds of fireflies. It’s an image I won’t soon forget, and a feeling I hope will warm me forever, my daughter’s hand in mine as she shared her awe with me. 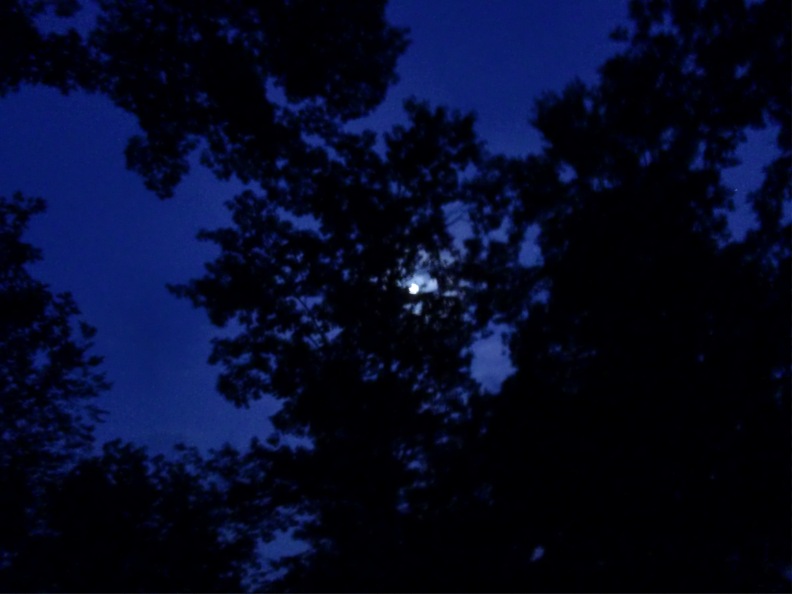 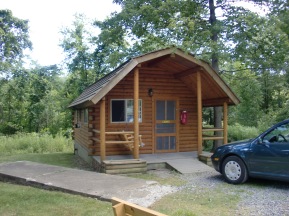 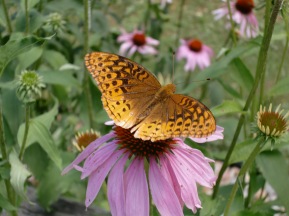 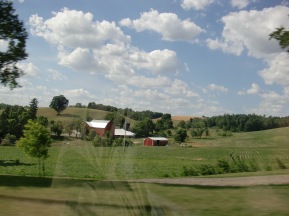 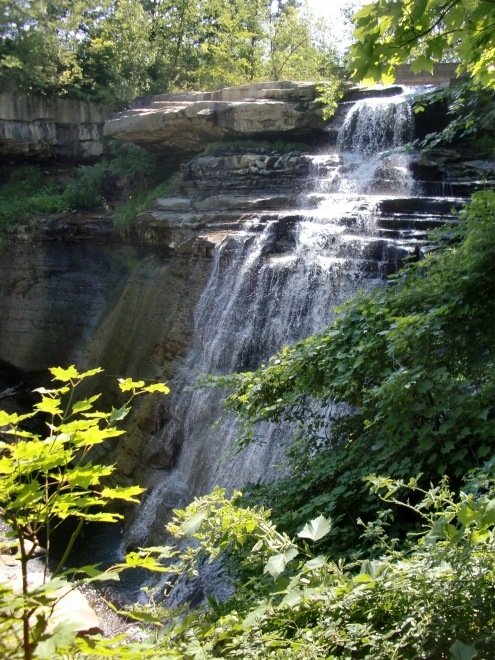 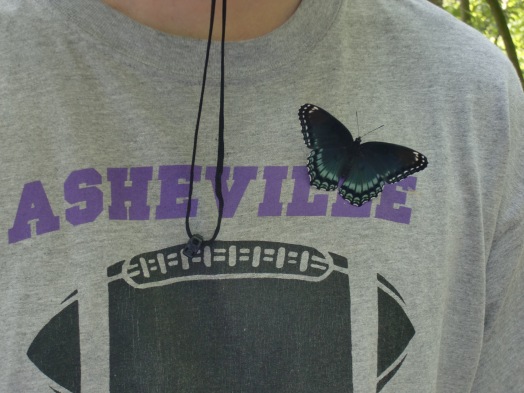 The Red-Spotted Purple (Limenitis arthemis astyanax) that perched on my husband’s t-shirt (the Asheville Assault are (were?) a women’s professional football team in Asheville, NC). 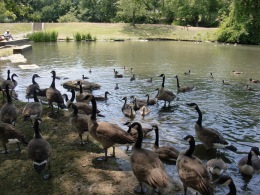 The gaggle of geese that flocked about my children at McKinley Monument Park. 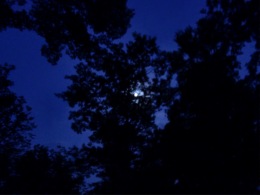