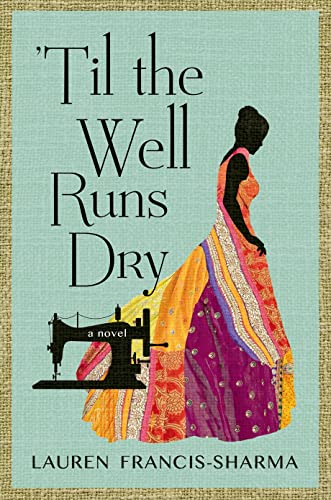 I received this book from LibraryThing’s Early Reviewers program.This is an incredible novel. Francis-Sharma has a light touch with complex characters, leading the reader gently through two decades in the life of Marcia Garcia. She tells the story in the first person from the perspectives of three different characters in turn, and she does it well. Each character’s voice is distinct; even without the section headings telling us it’s Marcia or Farouk or Jacqueline speaking, it’s apparent whose perspective we’re reading.The details are so rich, I felt like I could feel, smell, and taste both Trinidad and New York City, although I’ve only been to the latter. Actually, Marcia’s confusion and fear upon arriving in New York City felt incredibly realistic to me. I was only coming from Ohio, but I spent my first night in the city afraid to go out just because I found the size and noise of the place too overwhelming. (I did make it out the next day and enjoyed the week I spent there, although I’ve never felt a desire to return.)One of the plot twists felt a little unsatisfying (I didn’t quite buy it), and another felt almost unnecessary, but aside from those small complaints, I loved this book through and through. It really got me thinking about fate and accountability and the many reasons we might give up the latter and surrender ourselves to the former when the world as it is just stops making sense or when we feel too frightened to take the reins of our own lives.Beautiful, beautiful book that leaves me feeling like getting out my sewing machine, even though the most complicated thing I’m likely to do with mine is sew some badges on my daughter’s Brownie vest.

For more of my reviews, visit my profile on LibraryThing.