The vet’s estimate was that Maurice had two to four months. Two weeks later I sat with my cat on my lap, sobbing and hugging my crying daughter with my free arm, and whispered in his ear that it was okay to let go, that I loved him and would miss him, but that we would be okay. It was more for me than for him—a mean little voice in my head accused me of anthropomorphizing—but maybe he understood. After more than two hours I finally admitted to myself that I was just imagining that I felt his purr.

On his eighteenth birthday, he had been able to jump up on his favorite chair for the first time in more than a week, and the next day, he ate and purred and seemed almost like the old Moe-man before his last day. When it happened, it happened very much as I’d hoped it would, with Maurice dying at home surrounded by his family.

For all of this, I’m grateful.

In the days since, he seems just around the corner. I reach for his medications and his special food before I remember that he doesn’t need them anymore. I see him curled on our bed in the morning before I realize it’s just a fold of the quilt. I hear his mew before I can remind myself that he’s not here.

I miss the smell of his fur and the way he half-closed his eyes when I would scratch that super-soft spot of fur below his ear. I miss seeing my kids asleep on the bed with Maurice sleeping between them.

3 months old, Christmas 1996 (with ginger cat Henry in the background) 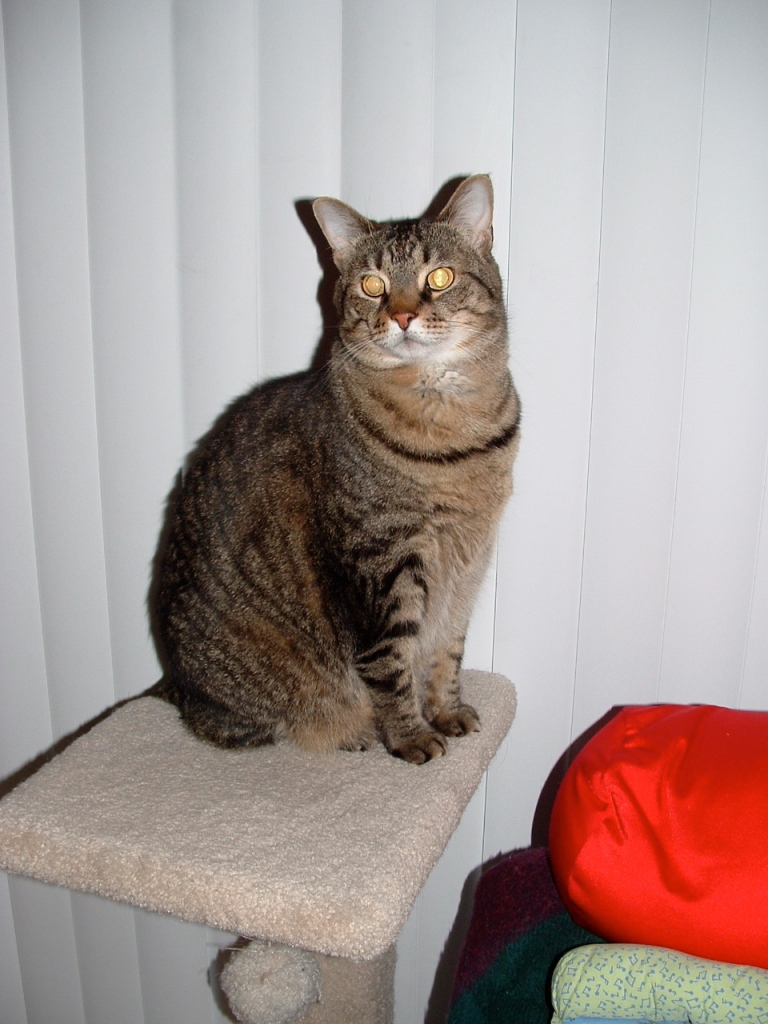 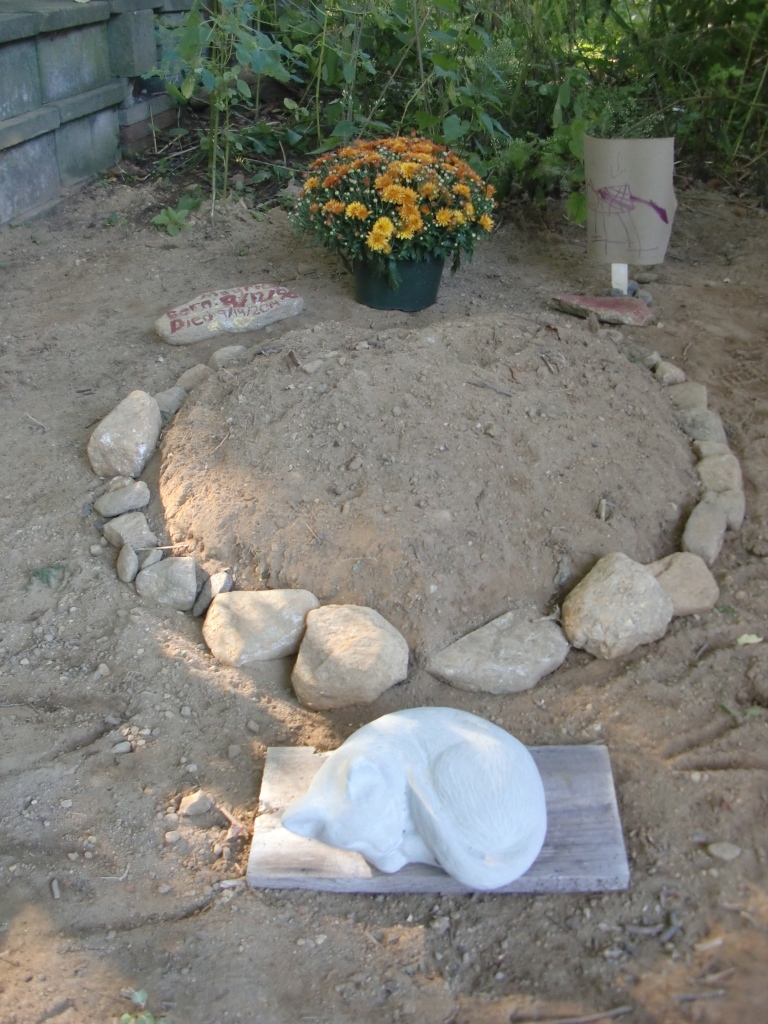