Categorizing and graphing my kids’ candy haul has become an annual tradition. And my kids, as nerdy as their parents apparently, cheer more for making pie charts than they do for the candy itself.

Here’s how it all panned out this year: 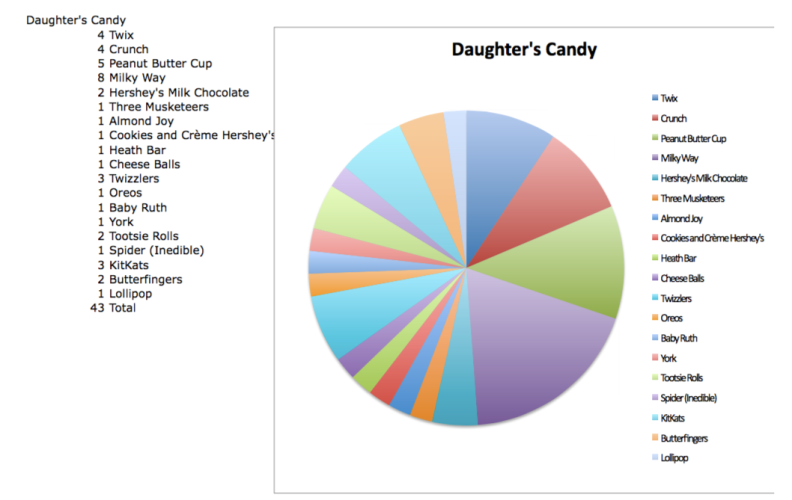 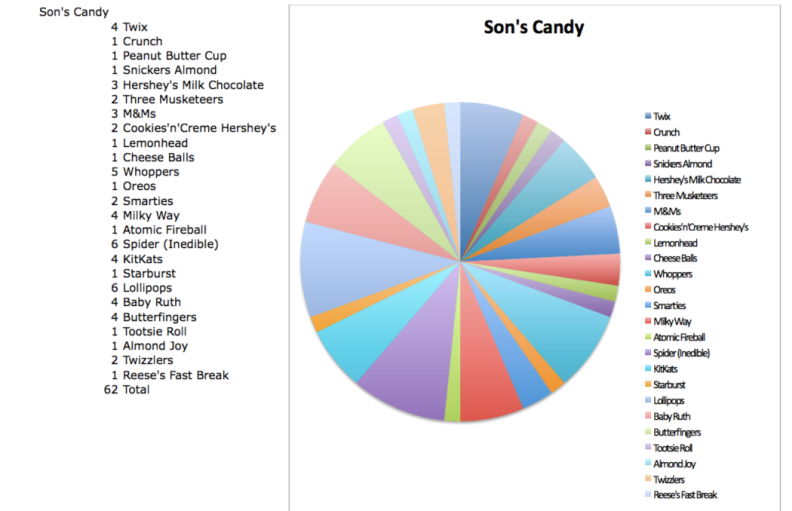 As in years past, my more-selective daughter had less variety in her candy bag than her brother did, but for the first time, my son has more total candy than his big sister.

Perhaps my son’s hands are closer in size to his sister’s this year, or maybe he’s less inhibited about displaying gluttony, or maybe people just like six-year-old sharks more than they do ten-year-old ninjas.

It’s also possible that our daughter’s relatively small haul is a reflection of her waning interest in trick-or-treating. As she said as I was tying the old t-shirt around her mouth and nose as part of her ninja costume, “I’m looking forward to trick-or-treating, but I’m just calm, not excited like I was last year.”

Then she added, once again proving that she’s my daughter: “And that’s good because I feel much better feeling calm than I do feeling excited. Feeling excited kind of makes my tummy hurt.”

Whether you like feeling excited or you prefer to feel calm, I hope your Halloween is as sweet as you’d like it to be!