Again this week—the ninth since the autumnal equinox—we had our chilliest hike yet. I wonder if each week is going to be chillier than the last for a while.

When we reached the trailhead bundled into our winter coats and hats and scarves and mittens, the temperature was hovering around freezing. 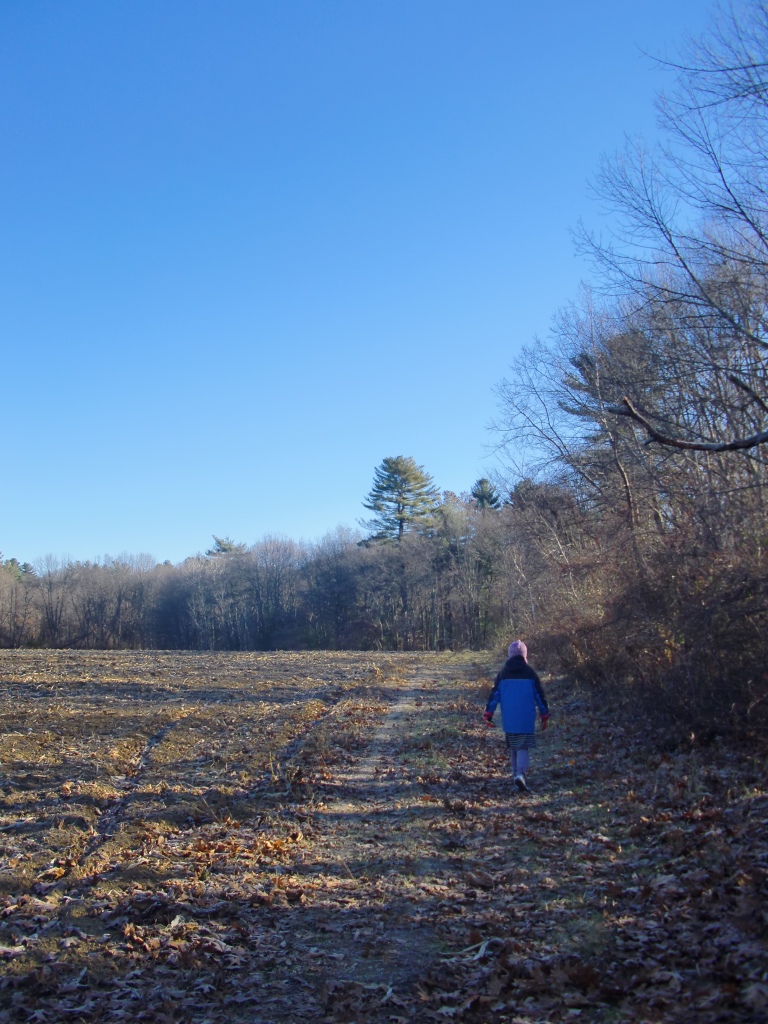 Two new things happened this week. First, we found ice on the river and plenty of frost on the ground. 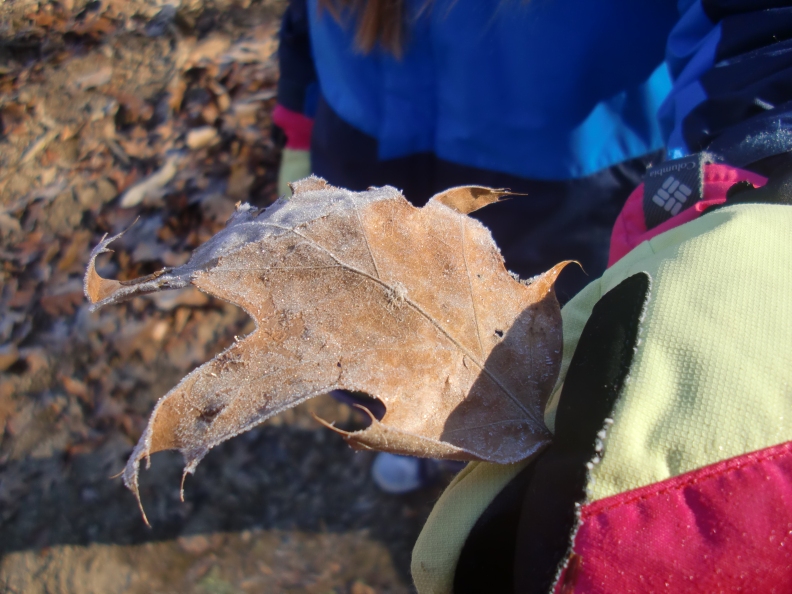 Second, we were joined by our friend Linda, who pointed out many of the invasive plant species along the trail. This knowledge has caused a shift in how I look at our hike. For example, Linda told us that invasives are easier to spot in autumn because some, like honeysuckle, stay green longer and so stand out among the brown and leafless native species. 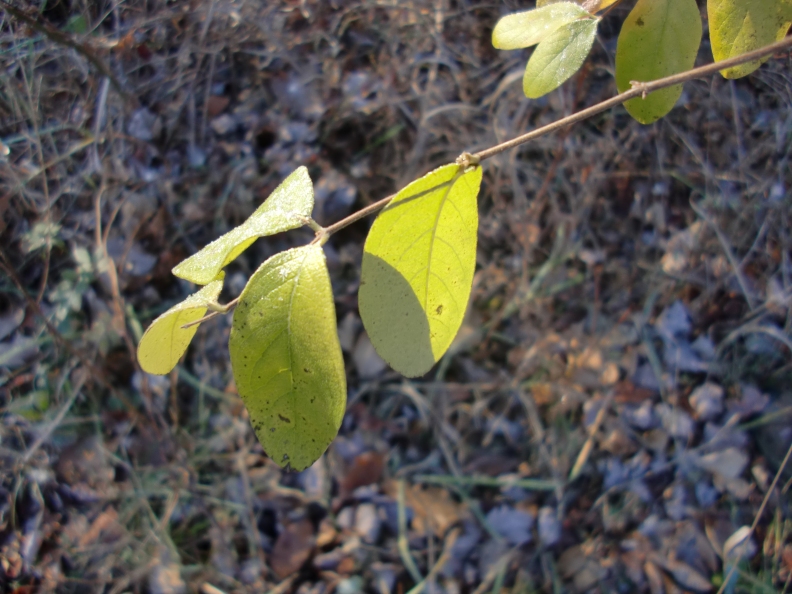 We also learned that the “berries” we noticed a couple of weeks ago are actually rose hips from the invasive Multiflora Rose (Rosa multiflora). 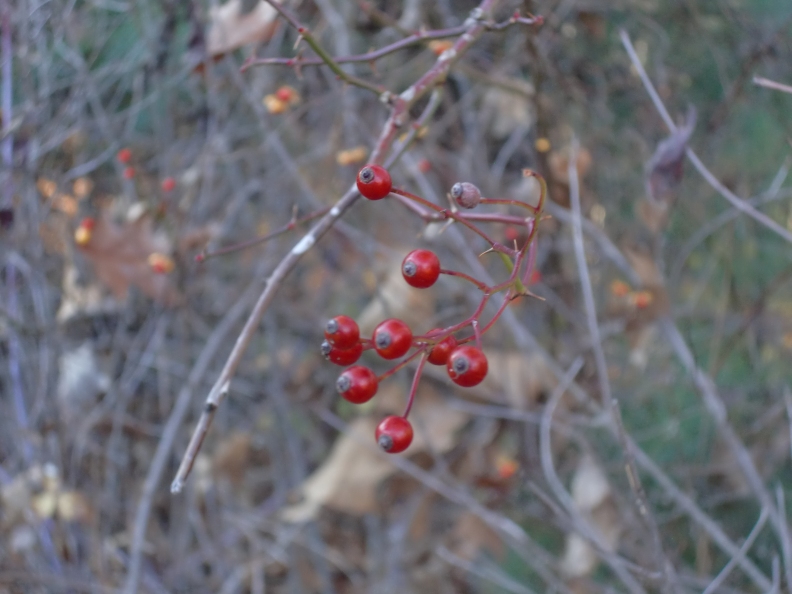 And that the orange berries all along the meadow are from Oriental Bittersweet (Celastrus orbiculatus), which I can identify by its leaves and orange roots, but which I hadn’t noticed in its autumn state. And that the pretty red leaves we saw growing near the creek were from Burning Bush or Winged Euonymous (Euonymus alatus). These are the stem and leaf buds from this plant. 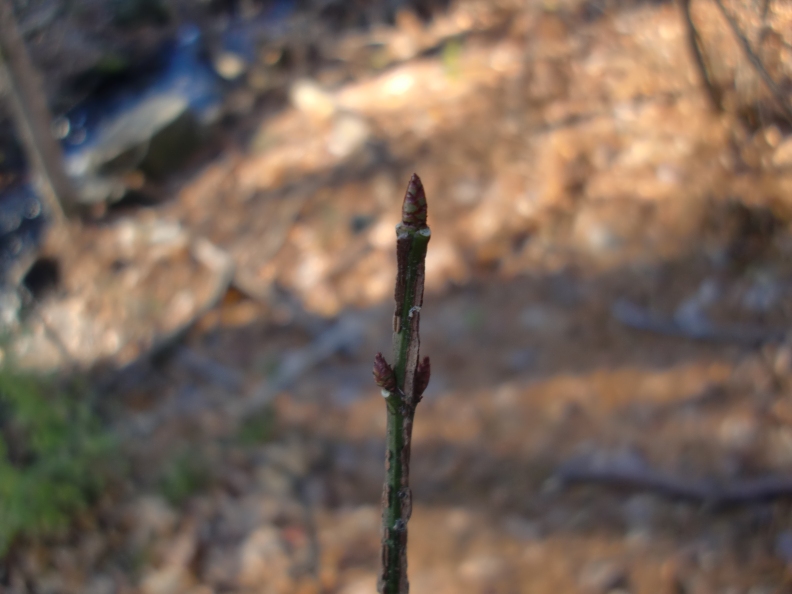 But it wasn’t all invasives that Linda helped us spot. We noticed these little guys poking through the soil near the creek, which Linda said she thought were Skunk Cabbage (Symplocarpus foetidus) confused into thinking it’s spring because of the variable temperatures this fall.

And I learned that the brown ferns we noticed last week are Hayscented Fern (Dennstaedia punctilobula) and that they’re brown just because that’s what Hayscented Fern does as soon as it turns cold. The green ferns are Northern Lady Fern (Athyrium filix-femina), which can be identified by their “hairy legs” (the texture of the stems). I guffawed at this. Who knew I had so much in common with ferns?

By the time we returned to the river’s edge about an hour after we first came by, the ice had melted (and my son had shed his layers). 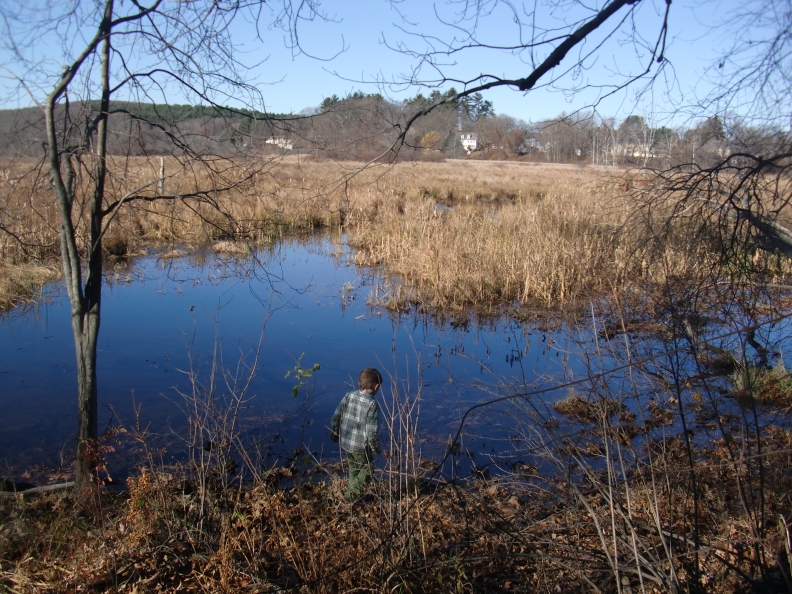 But we know it was there, and we have the photos to prove it. 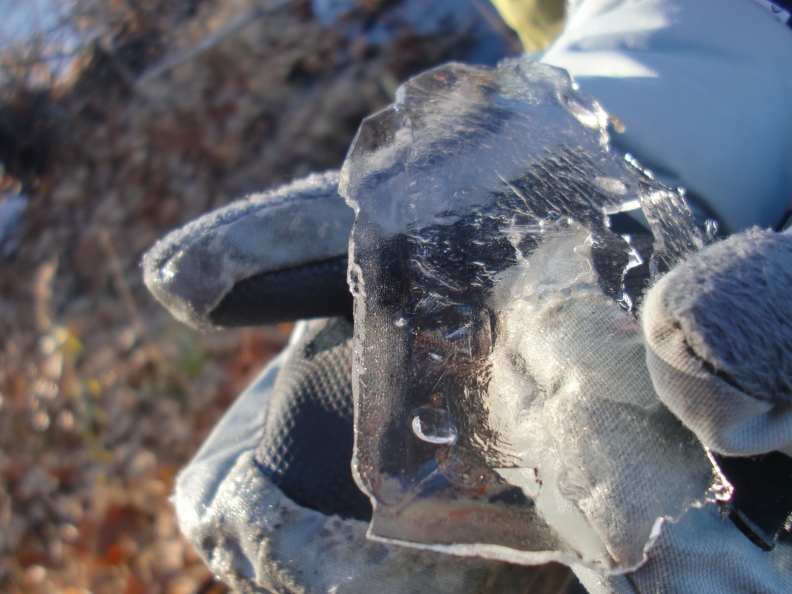 I expect we’ll be seeing much more of that in the coming weeks. It might be time to order balaclavas for the kids and myself.