“Time is but the stream I go a-fishing in. I drink at it; but while I drink I see the sandy bottom and detect how shallow it is. Its thin current slides away, but eternity remains. I would drink deeper; fish in the sky, whose bottom is pebbly with stars.”

-from Walden by Henry David Thoreau

Over breakfast, the kids and I decided that we’d do our lessons, eat a quick lunch, and then arrive at the wildlife sanctuary early so we could take a hike and enjoy the weirdly warm December weather before our nature class.

We worked well and ate lunch quickly, but by the time we were on the road, we’d somehow lost most of the extra time we’d figured in. We discussed it on the way and decided that if we didn’t mind being a few minutes late for class (which we didn’t), we’d still have time for a quick hike.

We pulled into the parking lot with twenty minutes to spare. Perfect! We jumped out of the car, ran to the office to check in and let them know we might be a smidge late, and then hit the bathroom.

By the time we were at the trailhead, it was five minutes until class.

How the heck had we lost fifteen minutes?

Undaunted, we stuck to our plan.

“We won’t be too late, will we, Mom?” my daughter asked as we jogged onto the trail. “Just a few minutes, right?”

“We might be about fifteen or twenty minutes late,” I said. “They don’t usually start right on time, though, so we shouldn’t miss much.”

We ran across wooden bridges and over rocks strewn with slippery wet leaves. We padded across trails cushioned with pine needles and out across mown meadows where the sun forced us to take off our jackets. Then back into the forest where the trees closed in around us, dampening the sounds and filling our noses with the sharp smell of leaf litter. My son ran on ahead, talking nonstop, and my daughter and I trotted along behind, occasionally stopping to look at a fern or a discarded seed husk. 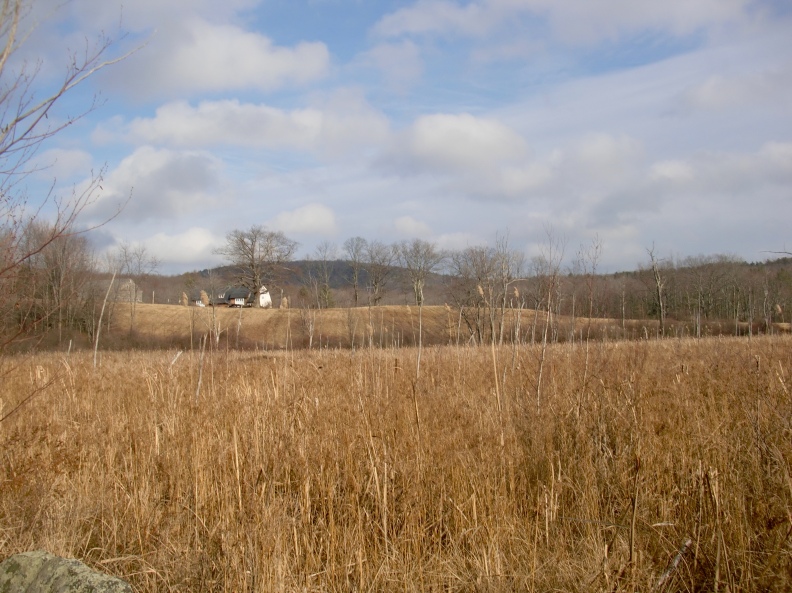 “I think we ought to start back now, don’t you, Mom?” my daughter asked, nervous about the time.

“The trail is about to curve to the right, and then we’ll be headed back,” I said, tracing our route on the map. “Watch: the blazes will turn from blue to yellow any minute now, showing we’re headed back towards the sanctuary office.”

But despite her concern about being late for class, my daughter was the one who pointed out the freshly beaver-gnawed tree stumps next to the pond and lingered to seek out the beaver lodge and dam.

When her brother called to her, “Quick! Come look! It’s something you’ll love! It’s Lycopodia City!” she ran to see and stayed to point out another type of lycopodium we’d not seen before.

I reflected as we hiked along that there’s no such thing as a “quick hike” for us.

My kids don’t sip. Whether they’re hiking or hanging out at the library or doing math or playing the piano or playing at the playground, they drink deeply. And this takes a little more time.

Every day we fight the “there’s not enough time” battle. From our vantage point at breakfast, there’s a vast reservoir of time before us, but somehow no matter how diligently we work, we always get to bedtime regretting all of the things we didn’t get done.

I worry that I’m demonstrating to them an attitude of scarcity towards time. Concerned that they get a breadth of experience, I encourage them to do a bit of everything each day, but I’m starting to think that this is short-sighted.

Here they have this inborn persistence, this desire for deep learning and understanding, and maybe it’s not a good idea to try and train them out of it. Breadth is good, but so is depth.

So, we were thirty-five minutes late for class, but we took the time to pet the lycopodia.