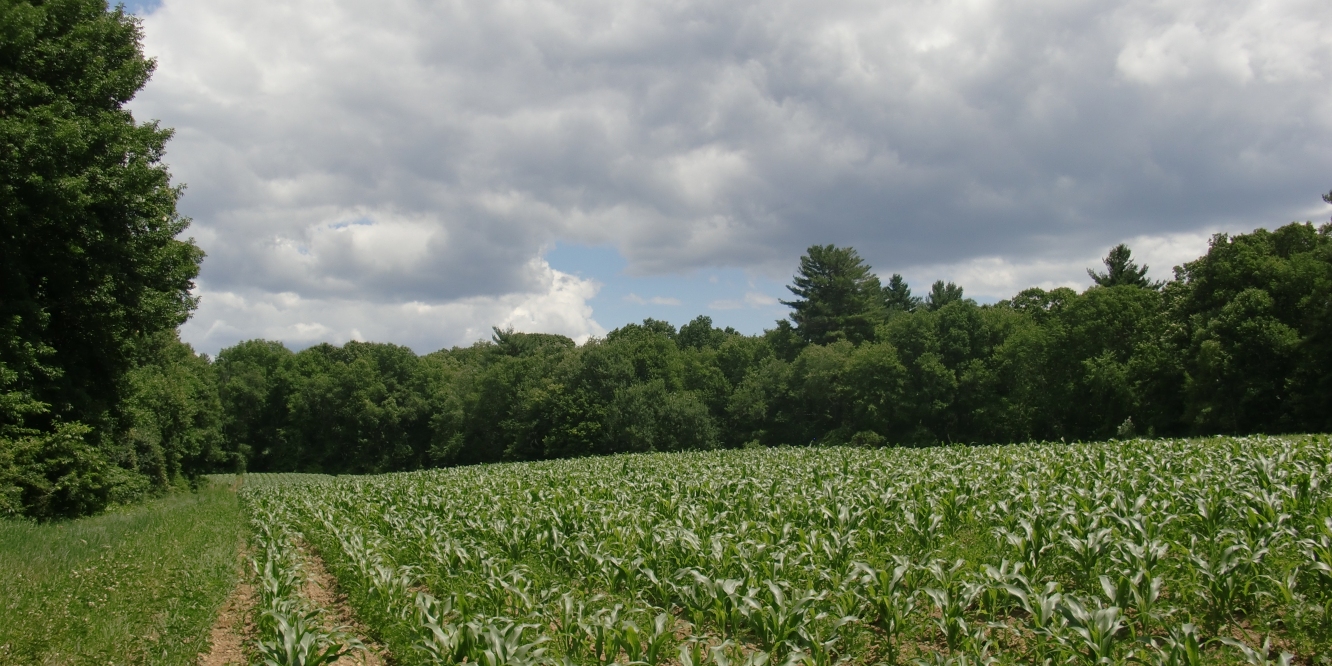 Four weeks after the summer solstice, we took advantage of a break in the heat and took an after-lunch hike. 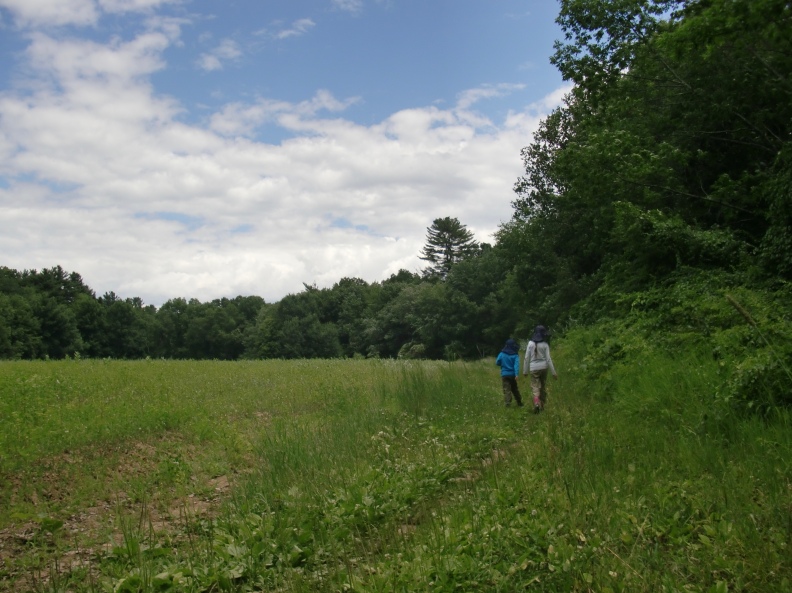 The whining was much less this week, which I think was related to three factors:

I think the weather also helped. Sunny, breezy, and not too hot, which was a nice respite from the 90°+ temps we’ve been having (and are predicted to have again). 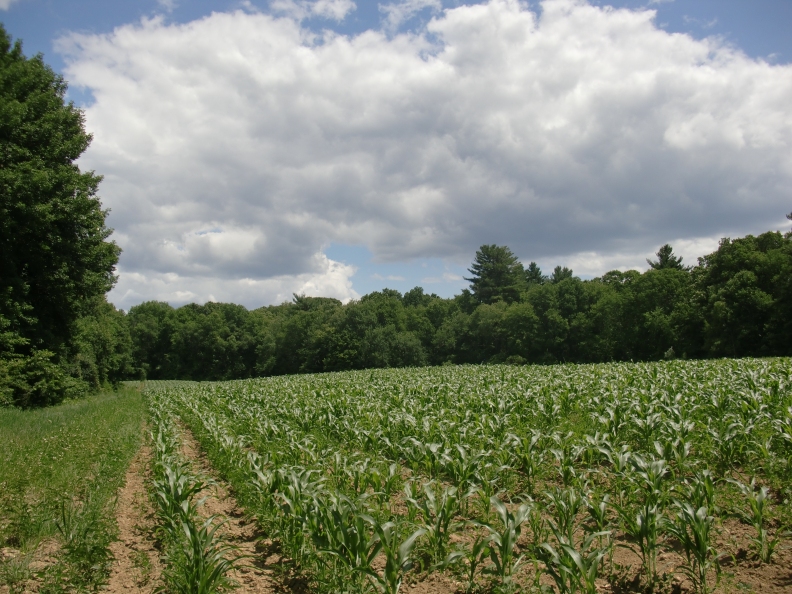 While we walked, I noted that this was Weekly Walk 42. Linda asked me, “What are you all planning to do once you’ve finished out the year?”

So unless they have some kind of insight in the next ten weeks, I guess it’ll be up to me to decide what to do after our 52nd hike. I really like the hikes, and it would be a pity to give them up entirely, but I sense that the kids are losing their verve. But that’s fairly new and might just be because of the heat and the bugs. We’ll see if the bug nets and new hiking boots provide a lasting cure.

One of the things I like about hiking the same trail every week is how well we’ve gotten to know it. The kids feel very comfortable there. They just run up the path and go from landmark to landmark, noting similarities and differences week to week and trying desperately to spot snakes. It really feels like our trail. I’m sure we’re not the only ones who feel this way, but we feel we have a stronger claim than many of the more casual trail visitors.

I also love how much more informed I am about the plants and animals that inhabit the different habitats through which the trail passes, and how many surprises we still encounter.

Just this week we noticed a few new-to-us features (the names of two we know because of Linda’s help).

I wish so many of the invasives weren’t so pretty.

Next, we discovered this little character, which we determined later was a Colorado potato beetle larva (Leptinotarsa decemlineata), which is a very effective defoliator, particularly of nightshade plants. 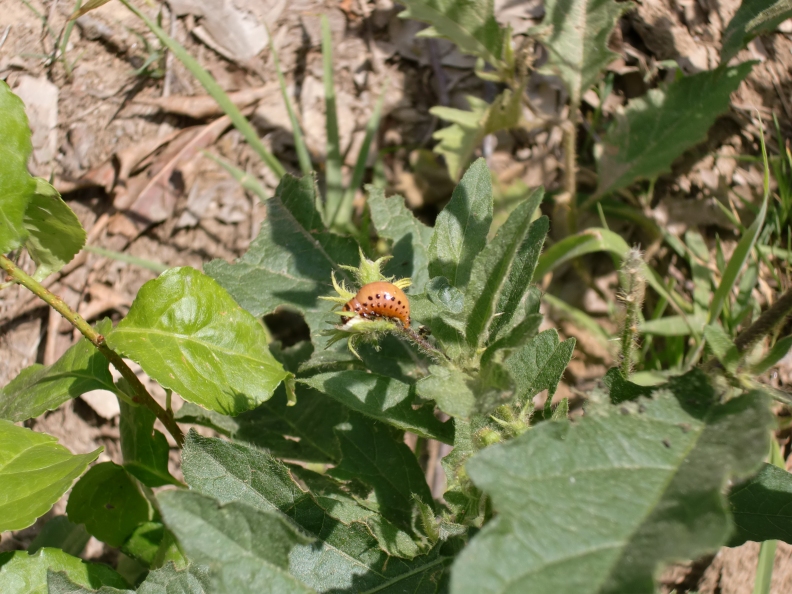 Luckily, we did not see only invasive and/or destructive creatures. We also spotted a native wetland plant: buttonbush (Cephalanthus occidentalis). The buttonbush is in front of the cattails. It’s the plant with the white puffy ball things 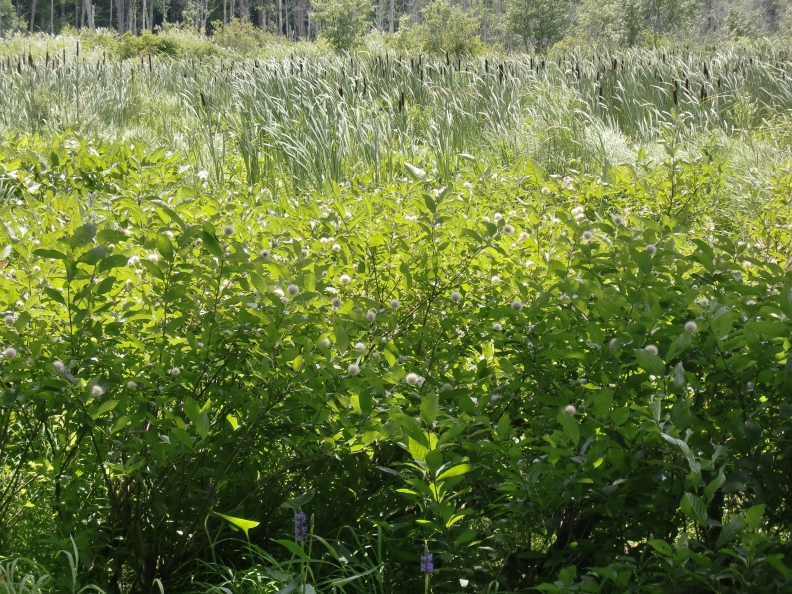 We’ve seen these dried out in the autumn before, but this is the first time we’d noticed them looking so fluffy. (I suspect they’re more spiky seen closer up.)

So, there are the new and exciting things we noticed on the trail this week. I’m not sure what appeals to me so much about collecting the names and photos of these different plants and animals. Maybe it’s just my low-tech, very localized version of Pokémon Go.

If we spot something new next week, I’ll be sure to photograph it and, if possible, identify it for you (and for myself). In the meantime, here’s the meadow, with common milkweed (Asclepias syriaca) poking up here and there. 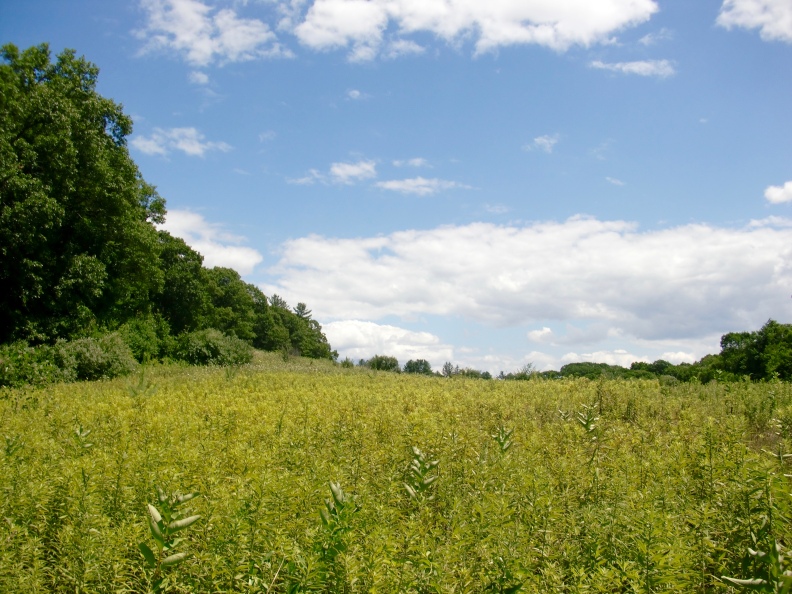