Eight weeks after the summer solstice, we took my sister for a walk.

I didn’t take any photos of my sister on our hike, though. In fact, I didn’t take any photos of her during her whole visit. My family isn’t much into photographing one another. I’m not sure why. It’s not that I wouldn’t like photos of my loved ones, it’s just that it somehow doesn’t seem right to take them. There’s a sense of an invasion of privacy in a photo. Or maybe it’s just a removal of ourselves from the present moment. Instead of enjoying our time together, we’re preparing to enjoy the memory in the future. At the very least, it’s awkward to go from, “Hey! We’re enjoying being together!” to “Say cheese!”

At least for me it’s awkward, but then I find a lot of things awkward.

But this is just how it seems from my perspective. Because we never talk about it, I don’t know how anyone in the rest of my family feels about the fact that we rarely take photos of one another during visits. 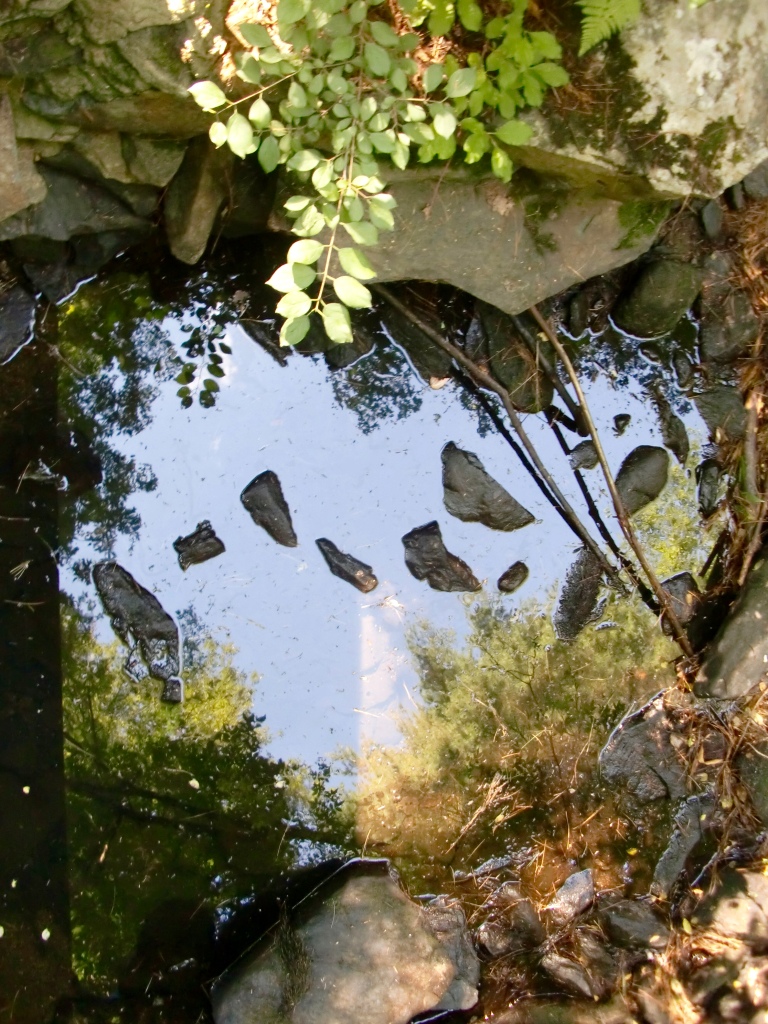 I also don’t know why it’s taken me nearly a week to post this hike, but here it is. More pictures than words this week, and not many pictures, either. We’re in the in-between time when the flowers of summer have largely blown and the fruits of autumn haven’t yet ripened.

Although I have noticed some acorns lying around, harbingers of autumn. I should try to photograph those next week.

But for this week, clouds.

(You might also notice my daughter rejecting her brother’s hug in the top photo, proof that we’re not all lovey-dovey all of the time.)