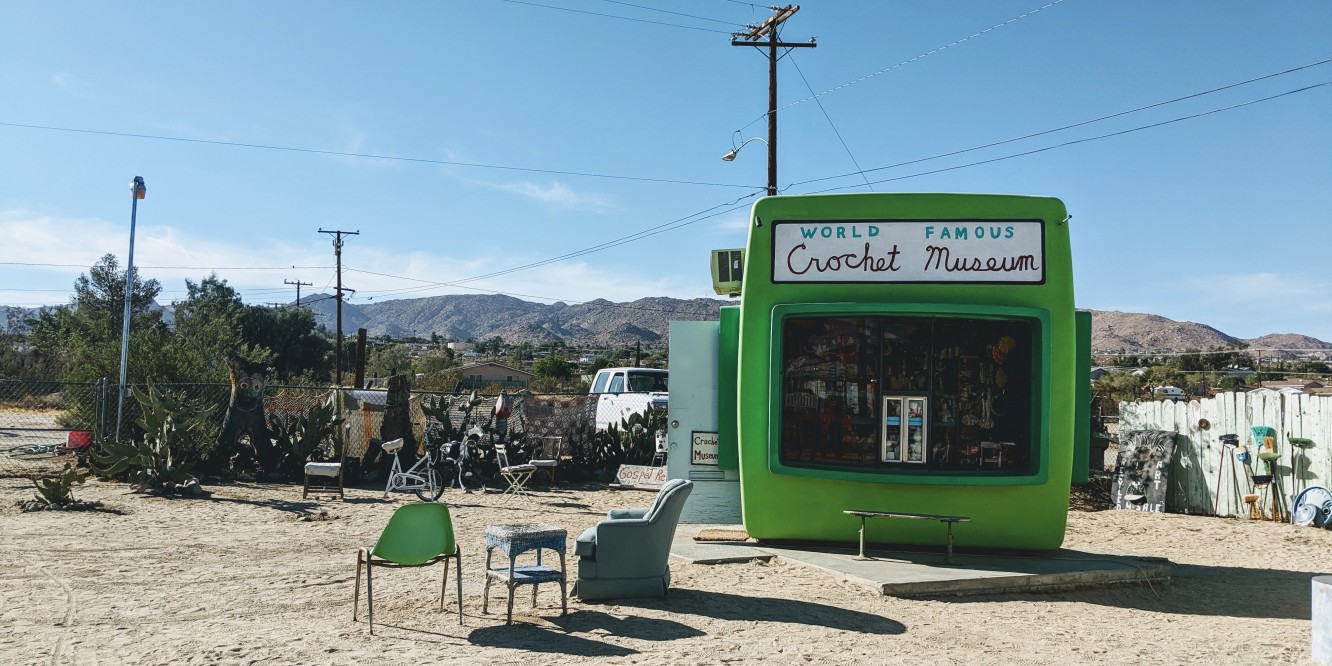 Ah, October! Santa Ana winds, a three-day jaunt to the desert (the “real” desert, not the coastal Southern California desert), taking my kids to the thrift store to buy costume components…and reading a few books, including a decent stab at the October Dewey’s Readathon. I posted on Litsy during the Readathon. That’s where you can find most of my updates between Bookends posts these days, if you’d like more of that kind of thing.

A little visual interest before the book lists. This is The World Famous Crochet Museum in a converted drive-thru photo developing place in Joshua Tree, California:

The Great Believers by Rebecca Makkai

24/6: The Power of Unplugging One Day a Weekby Tiffany Shlain

The Farm by Joanne Ramos

The Changeling by Victor LaValle (audio)

The Odyssey by Homer (Emily Wilson translation, read-aloud with my children)

The Girl in Red by Christina Henry

Black Ships Before Troy by Rosemary Sutcliffe (read-aloud with my son, who will still snuggle with me on the couch if I read to him)

Subject to change, as always, but here are some I particularly want to hit:

The Night Circus by Erin Morgenstern

The Overstory by Richard Powers

And I have some middle-grade novels I’d like to work on.

What’s on your nightstand this month?