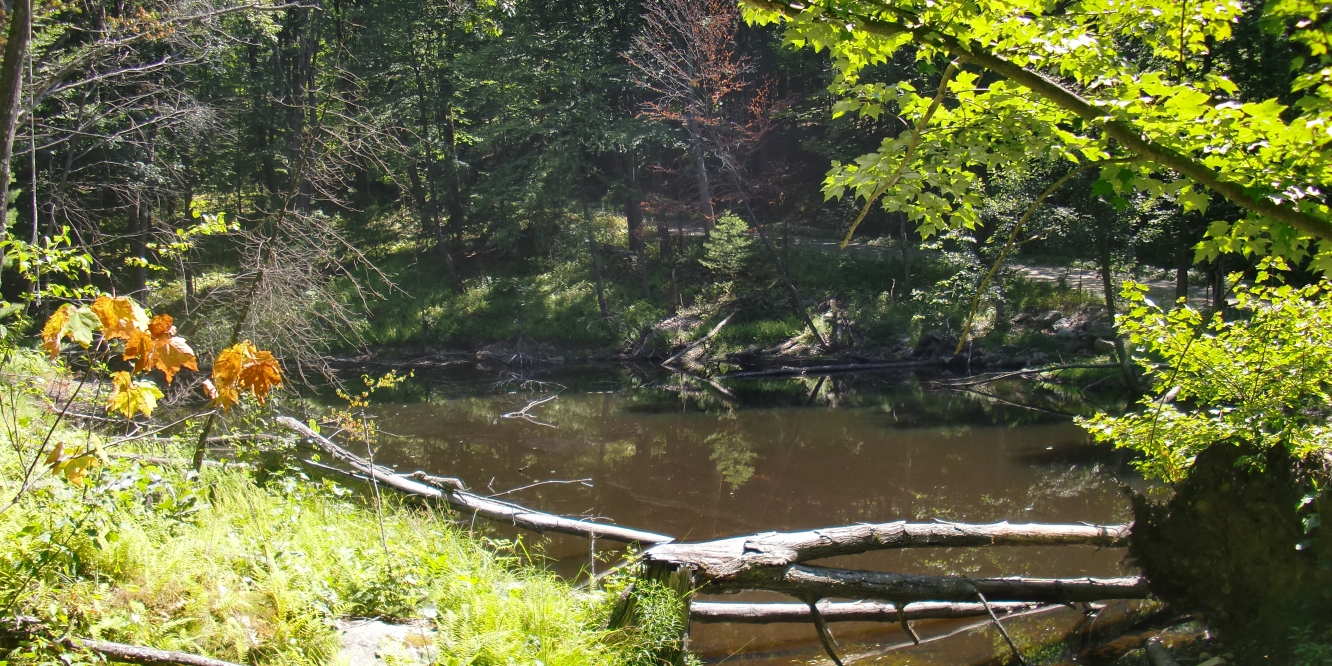 Every weekend, my husband says, “Let’s hike up Wachusett Mountain!”

And every weekend I say, “But we have this and this and that to do, and it’s going to be a long hike.” Or I say, “Sure!” and then we don’t get ready to go until noon and the kids are complaining. Either way, we don’t do it.

But then a couple of weeks ago we decided to embrace our nomadic lifestyle rather than fighting against it (more on that later). As part of this change in outlook, we’re taking a carpe diem attitude towards destinations and activities in our immediate area. Which means that this weekend we actually did hike to the summit of Wachusett Mountain.

Now, you folks out West aren’t going to think this is much of a mountain. With a summit of 2,006 feet, it doesn’t really compare to the peaks in Utah or Colorado or the Sierra Nevada. But it’s the highest in our area of Massachusetts, and it’s really nothing to sneeze at.

We began at Wachusett Meadow Wildlife Sanctuary, a Mass Audubon sanctuary that we frequent for their great homeschooling programs and the large number of monarchs they host in their meadow. (“We” is me, my husband, our seven-year-old daughter, and our nearly three-year-old son.)

From the parking lot of the sanctuary, we took the North Meadow Trail and enjoyed the milkweed and the monarchs and cabbage whites and other various postman butterflies we can’t seem to identify until we turned off on to Chapman Trail. Chapman was mostly flat and rocky, as are most New England trails we’ve hiked. The last time we hiked Chapman Trail, it was muddy, muddy, muddy, but our extremely dry summer has left it parched. We still saw a few frogs along the trail—a spring peeper and a bumpy orange toad thing and a frog that might have been a spring peeper or a wood frog but which was too tiny (the size of my daughter’s thumbnail) and too fast to see for sure, and a few green frogs in Black Pond near the sanctuary border.

Most of the trail within the sanctuary borders was easily passable, except for a narrow stretch nearly overgrown with ferns (we called it Fern City because we’re a very creative family). It was easy to walk, but it wouldn’t have been very stroller-friendly. Our three-year-old walked part of it and the rest he spent either on his dad’s shoulders or in a mei tai carrier on his dad’s front (because after seven years of parenting, my husband still refuses to learn how to carry a child on his back).

About 1.3 miles from the sanctuary, we passed into Wachusett Mountain State Reservation and Chapman Trail became Dickens Trail and then Harrington Trail. From the border, it was 2.5 miles to the summit.

It was at about this point that my seven-year-old really started complaining. She’d worn her trail sandals without socks, and she was starting to get blisters on her heels. We seriously considered turning back, but I bought us some time with a couple of band-aids while making a mental note to bring moleskin next time we went hiking. Or socks. Or both.

The trails in the state reservation were wider than those in the sanctuary until about a mile from the summit when Harrington Trail changed dramatically. All of a sudden, it turned into a Utah hike.

It became much more rocky and steep, making it necessary to climb and scramble over boulders. We had been hiking at a pretty leisurely pace and I’d barely broken a sweat despite my rather excessive hiking get-up (long-sleeved shirt, long pants, wide-brimmed hat…all to protect against sun and ticks and poison ivy), but this last little bit of uphill scrambling left me pretty drenched.

When we made it to the top, we were greeted by a welcome breeze and beautiful vista. We walked up to the observation deck from which we could see the Berkshires to the west, Mt Monadnock in New Hampshire to the north, and the Boston skyline way off to the east.

We had a snack, enjoyed the view, and I stole my son’s socks and put them on his sister’s feet (he wasn’t doing much walking anyway), and then we headed back.

The trip back was faster and much less whiney. The trip up to the summit had taken three hours. (Yes, it took us three hours to hike 3.8 miles.) The trip back took just under two hours. We know this because our daughter timed our adventure with the purple stop watch she wore around her neck. Her dad said she looked like Flavor Flav.

We ran out of water and we nearly ran out of snacks. My legs were shaking from all of the downhill rock-hopping we’d done, we all had to use the restroom because there were none at the summit* and we’re not big on peeing in the wilderness, especially as well traveled a wilderness as the trail to the summit of Wachusett Mountain is.  We got into the car tired and hungry but proud of ourselves for finally making the 7.6-mile round trip.

I’m not sure, however, how long it’s going to be before we can convince our daughter to hike with us again. Looks like it might be a few more years before we’ll tackle an Appalachian Trail thru hike.

*UPDATE: When we hiked back up in September 2015, we confirmed that there are, in fact, port-a-johns at the back of the parking lot at the summit. I am told, however, that they are put up in spring and taken down in autumn and that the date isn’t the same every year, so if you hike in October, you might get to the top and find no port-a-johns. And of course, if you have a child who refuses to pee while inside a plastic box, there are still effectively no bathrooms at the summit.