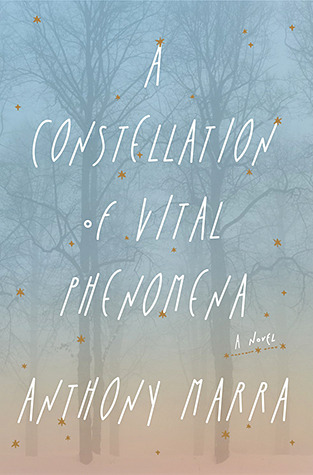 When I was a senior in high school, I was friends with an exchange student, a Russian from Uzbekistan. When the school year ended, she went back to Uzbekistan, and I went to college in the Midwest. In the letters we exchanged during my freshman year, she encouraged me in my study of the Russian language, and at her urging, I wrote back in unsteady Cyrillic, sure I sounded like a child and equally sure she didn’t mind. In the letters she sent shortly before she moved to Moscow, she described what life was like for her as a Russian in newly independent Uzbekistan. I couldn’t comprehend the situation she described. I couldn’t imagine how it was possible that someone I knew, a fellow teenager, could be experiencing the things in her letters. I wondered if maybe the words on the thin airmail paper had changed shape or meaning during the journey half-way around the world.

There was a student from Kazakhstan at my university, and I asked him about her letters. “She sounds really scared,” I said.

“She should be scared,” was all he answered.

Reading Marra’s book about Chechnya, I thought about Kate for the first time in years. I only got one letter from her after she moved to Moscow, and I have no idea how her life unfolded after that year we were eighteen. Marra’s book brought detail to my imaginings of what Kate’s life in Uzbekistan might have been like in those early years after the fall of the Soviet Union. Reading Marra’s words, I felt the crunch of the frost beneath my feet and the shadow of hunger and hopelessness in my gut and the rumble in the floor and the walls as the bombs fell or the trucks rolled through in the dark of night and wondered how much of it lives in my long-ago friend’s memories, as reality rather than as fiction as I’ve experienced it.

This makes it very difficult to give this book a star rating. “Liked it,” “Didn’t like it,” “It was amazing”—these categories don’t fit. In a way I loved this book; I loved the language and the way it drew me into this world. In another way, I really didn’t like it because the world into which it drew me is one that I don’t want to admit existed—and in other iterations, still exists. This book left me feeling sad and embarrassed for something I didn’t do and never lived. It could have left me with confidence in the human spirit, but instead I just feel like my only options are to close my eyes to everything outside the narrow confines of my middle-class, never-left-the-continent American life or to be swept away by the relentless wave of history which seems so full of the dark side of human nature it’s difficult to see what’s good in our species.

My spouse accused me of putting only depressing books on my to-read list, and after the last two books I’ve read, I’m hard-pressed to refute his claim.

2 Replies to “A Constellation of Vital Phenomena by Anthony Marra”