Four weeks after the winter solstice, our walk was cold (22°F when we left the house) and snowy.

A couple of inches of tiny, sparkling snowflakes had fallen the night before. We brought the brand-new traction devices we’d gotten for our shoes, but we didn’t need them. The snow was light and dry enough that the trail wasn’t slick except in spots.

My spouse was off work for Martin Luther King, Jr., Day, so he came along with us. The changes on the trail are fairly pronounced to the kids and me even going once a week, but he’d not been for nearly a month, so to him, the effect was dramatic. He quickly declared it “the best hike ever.” He’s somewhat prone to hyperbole, but it really was a nice hike.

It would have been even nicer if our daughter hadn’t left her mittens at home, but because the trail wasn’t slippery and she didn’t need to pinwheel her arms for balance or to cling to trees, she was able to keep her hands fairly warm tucked inside her sleeves. We didn’t even know she was mittenless until we were at the farthest point of our out-and-back. 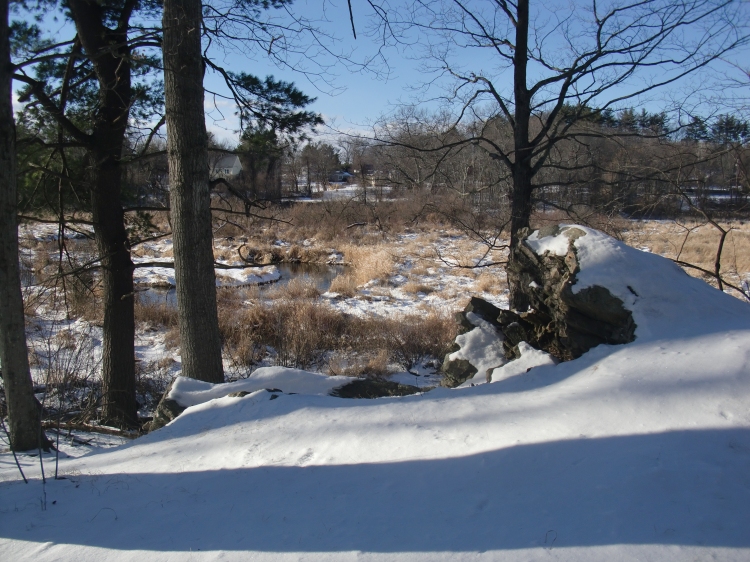 I walked in the back of our pack for the first half of the hike, and I kept seeing little bootprints and thinking, “Oh! There have been little children out hiking in the snow today!” I finally figured out that the “little bootprints” were from my “little children.” It was like looking through the other end of a telescope.

Because the ice on the river was covered with snow, the muskrats might have been swimming again this week, but we couldn’t tell.

With his sister admonishing, “Don’t poke the muskrats!” my son did his best to break the ice near the shore with a stick he found.

He and his dad are big fans of relocating sticks while they’re on hikes. They threw one into the beaver pond and one into the river. My son pried one large branch up from the ground and dragged it all the way to the meadow, where my spouse carried it over his shoulder for a bit before tossing it into the woods.

Our walks with my spouse are different from our mom-and-kids walks.

We didn’t see muskrats, but we did find one new-to-us thing: staghorn sumac (Rhus hirta). At least I think it’s staghorn sumac. I know it’s sumac, but I’m no sumac expert by any stretch.

We were also excited to spot the gibbous moon (I thought it was half, but my daughter insists it’s more than half). 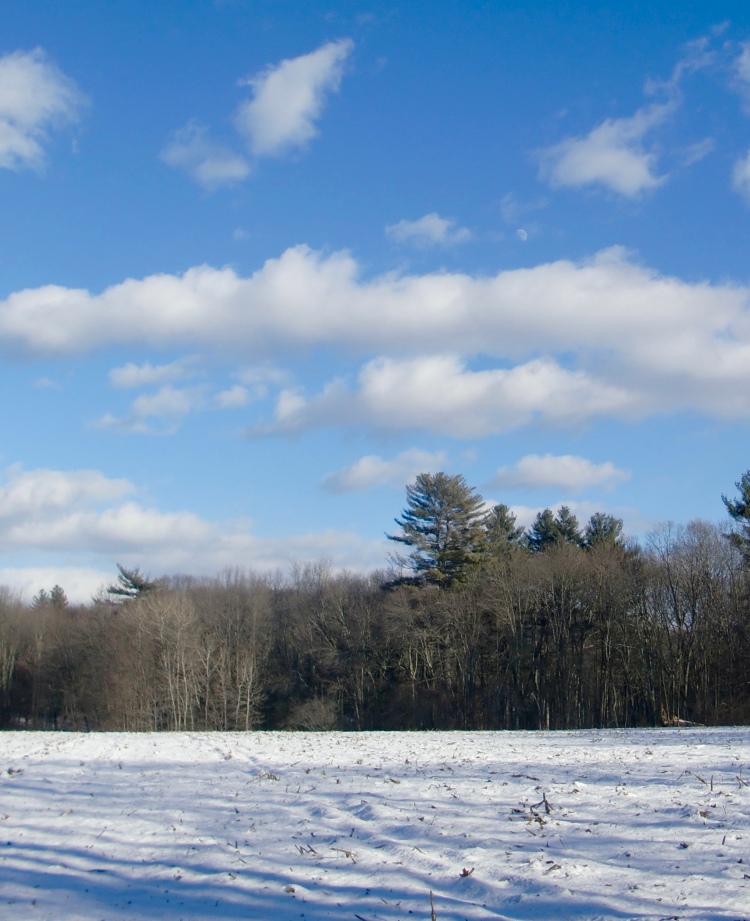 There’s a big storm forecast for this weekend. Maybe—just maybe—we’ll get to try out the snowshoes next time we hike!