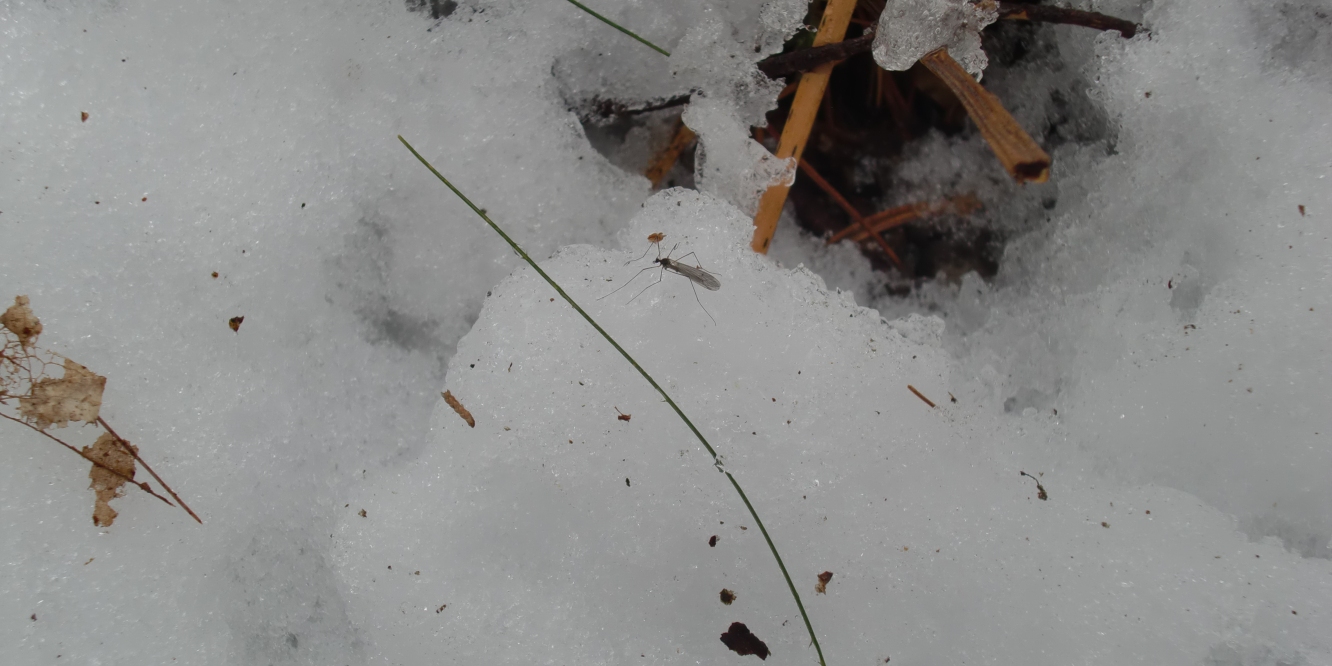 Two days after our frigid hike on Valentine’s Day, the temperatures rose ridiculously, so we took a bonus hike, just to be out in everything to experience the difference.

For this hike, it was 52°F and rainy, so we wore rain suits. We also wore traction devices but since it was slushy and messy rather than icy, we didn’t really need them. My son took his off halfway through.

There was still a lot of ice (maybe even more than on Sunday in some spots), but after three inches of wet snow and the warmer temperatures, the ice was soft on the top and the creek was flowing with more vigor. 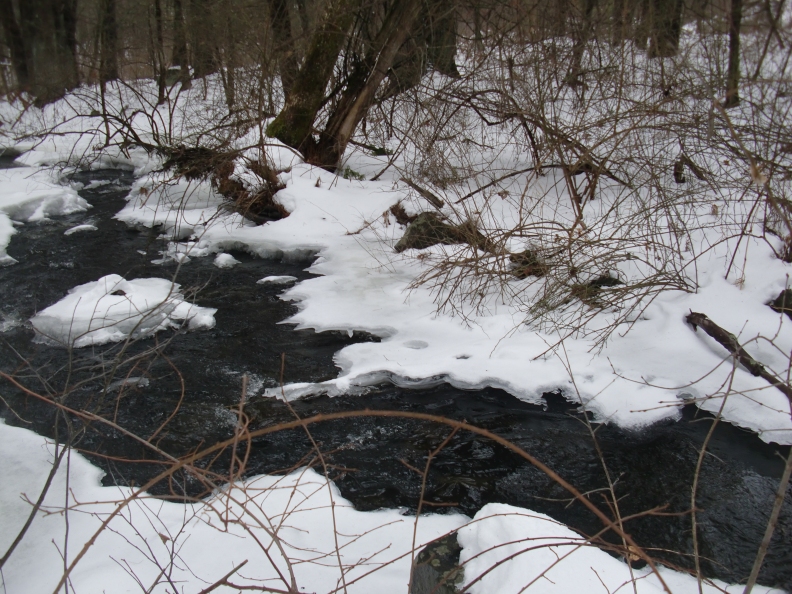 At the river, the rain drops splashed into a layer of water on top of the ice and pockmarked the snow.

and the bugs that had come out in the warm air.

We could just barely make out our snow angels from Sunday.

And this is me looking surprised at the weather, but I’m really saying, “LEGO cars?” which were the last two words my son had said before he paused in his monologue about LEGO/Star Wars/Ninjago/Fireissa (one of the five imaginary tribes he invented). I always either repeat the last two words he says or say, “Oh? Wow!” to show him I’m listening.

My son guesses that next week’s hike will be warm and the snow will be totally melted. I guess we’ll find out when we get there.