Eleven weeks after the winter solstice, and we’re definitely getting closer to spring. It was 46°F when we left the house and it warmed by ten degrees during our walk. We were almost hot.

There was just a smidgen of ice left in the creek. 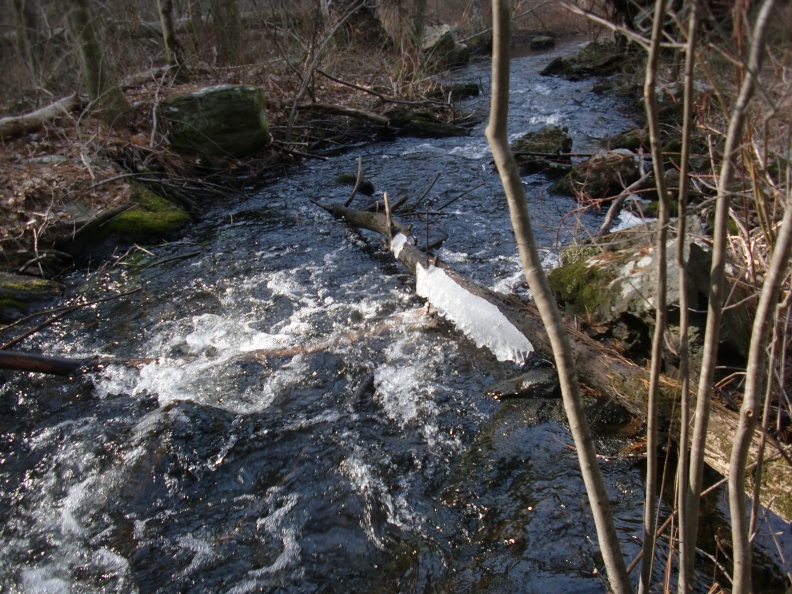 No Spring Peepers (Pseudacris crucifer) yet, but we did hear Red-winged blackbirds (Agelaius phoeniceus) for the first time in ages. I caught a photo of one swinging on a cattail.

The birds were out in force that morning. As we rounded a curve of the trail, I hushed the kids because I’d heard something odd. Standing there as quiet as we could be, we all heard what sounded like a Barred Owl. It sounded very near, so we walked a little farther along the trail in the direction of the hoots. Suddenly, we spotted them: TWO Barred Owls (Strix varia)!

The owl on the right is turned away from the camera. The one on the left is facing the camera but partially obscured by branches.

The story we made up for them is that a male is trying to woo a female with his erudite culinary conversation (the hoots of a Barred Owl sound like “Who cooks for you? Who cooks for you-all?” You can find a recording of this owl call here). We have no idea if this is accurate or not, but we’re going with it because it simplifies things. The vocal one of the pair flew to a leafless tree right near the trail, but just as I steadied my camera, he thought better of his spot and flew back to the owl we decided was a female.

After a few moments, the male flew away again, this time in the opposite direction. We watched the female for a couple of minutes and got a photo of her hind end before she flew off in the same direction as the male. 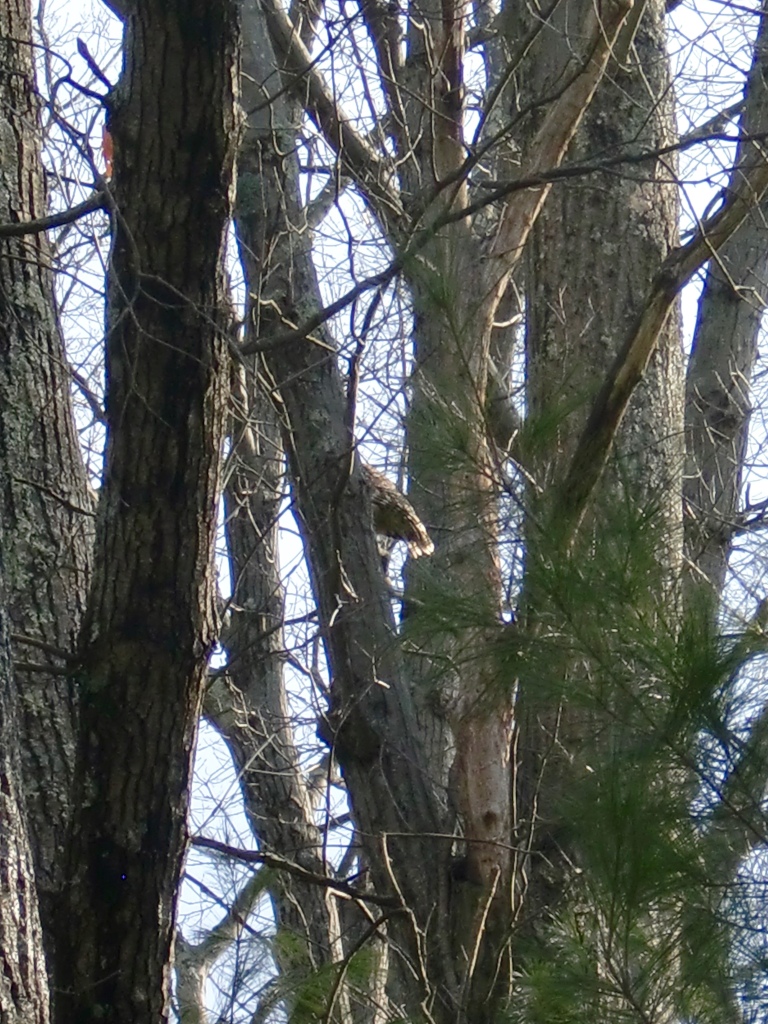 And that was the highlight of this week’s hike. Too bad I didn’t get better photos of them.

The following day we walked from our house to the library in record high temperatures (low 70s!). On the way back, my daughter wondered why it was that she feels less tired hiking in the woods than she does walking through a city.

She came up with four possibilities:

2. A forest trail is more yielding than the concrete of a city sidewalk and therefore may be less tiring to the legs and feet. 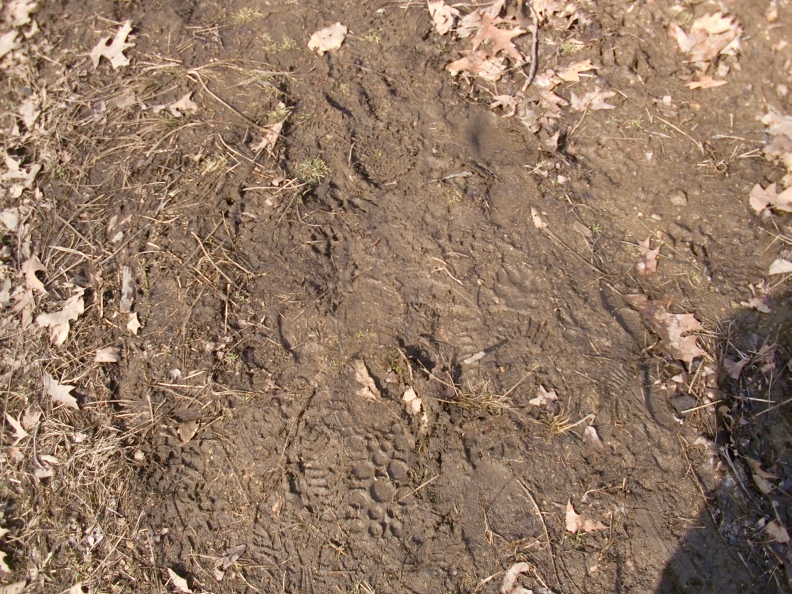 3. Trees take in carbon dioxide and release oxygen, so maybe one feels just in general more energized in a more oxygen-rich environment. 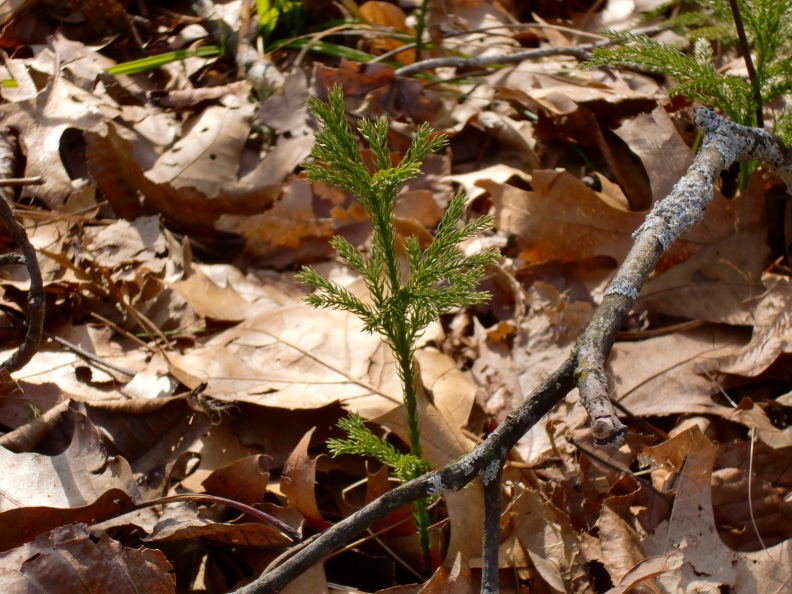 4. The sounds in a forest are bird song and rustling leaves, creeks and soft footfalls, which are less stressful—and therefore less tiring—to hear than the sounds of car engines.

I thought these were all decent points that say a lot about the preferences and thought processes of my sensitive nearly-eleven-year-old. It will be interesting to see what her impressions are of Utah hiking, once we finally make our way back out that direction. 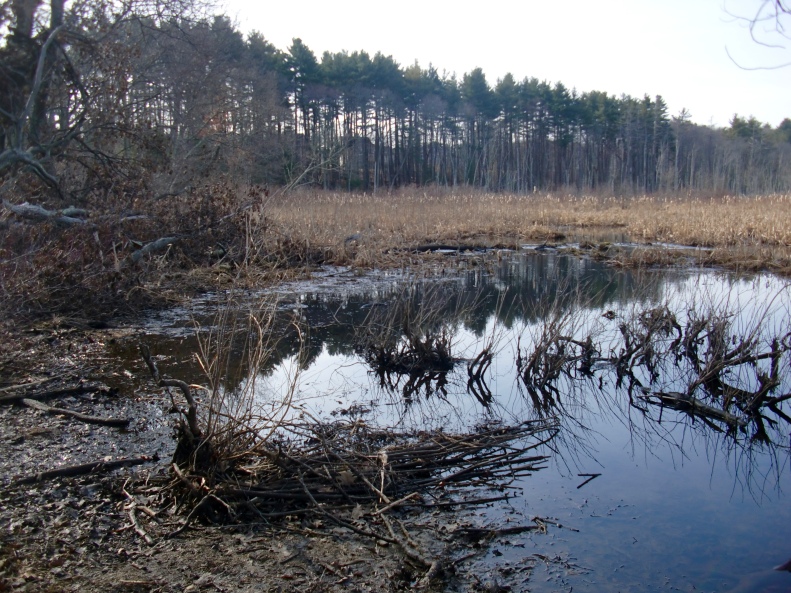 This kind of conversation is my favorite part about traveling on foot with my kids. Walking just lends itself to a particular brand of rumination that driving doesn’t.