The tenth week after the vernal equinox, it was in the mid-80’s when we hiked.

Compared to last week, there wasn’t just more heat; there was a lot more of a lot of things. 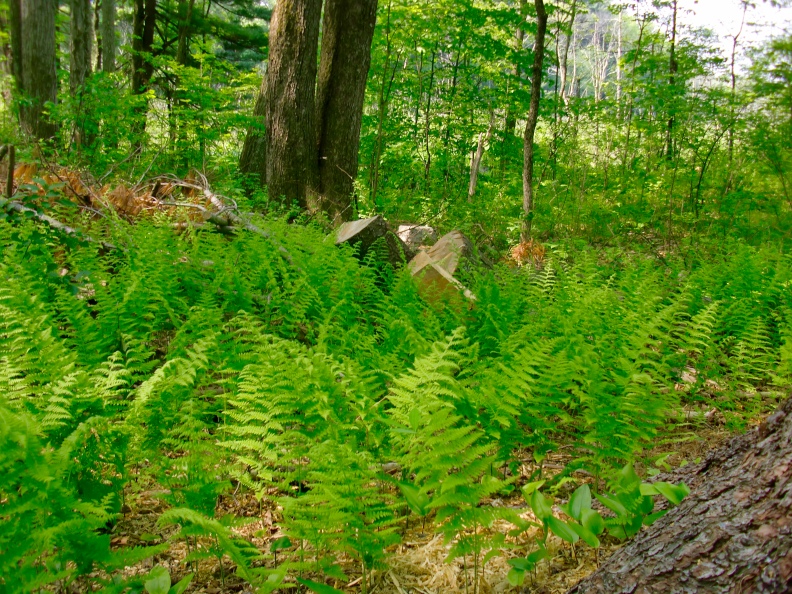 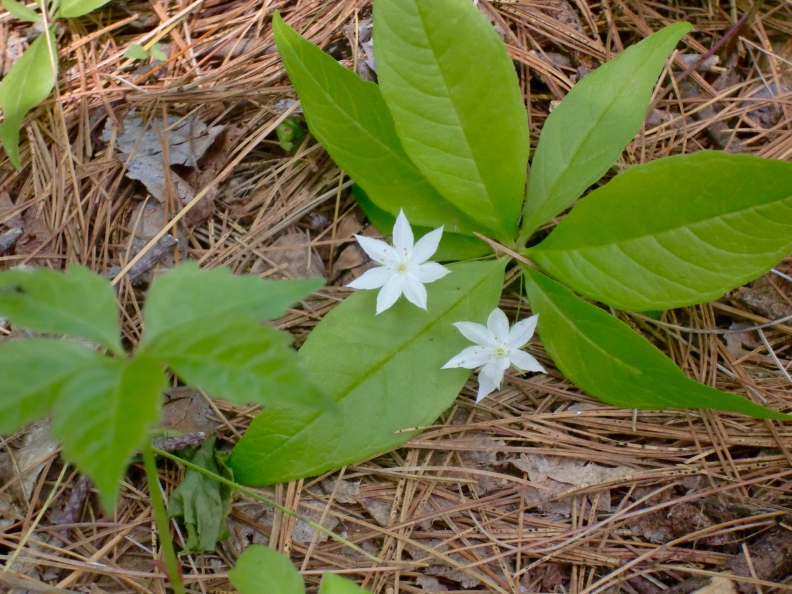 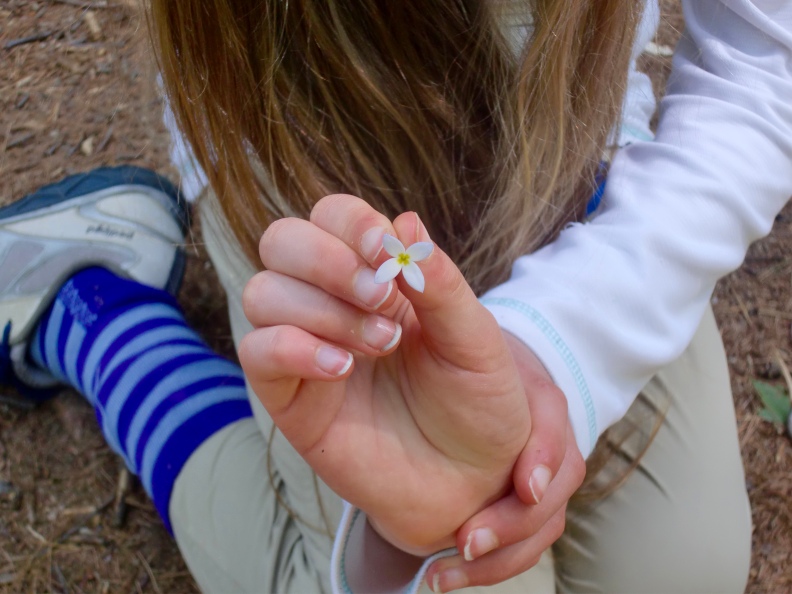 A lot more poison ivy (among the clover flowers). 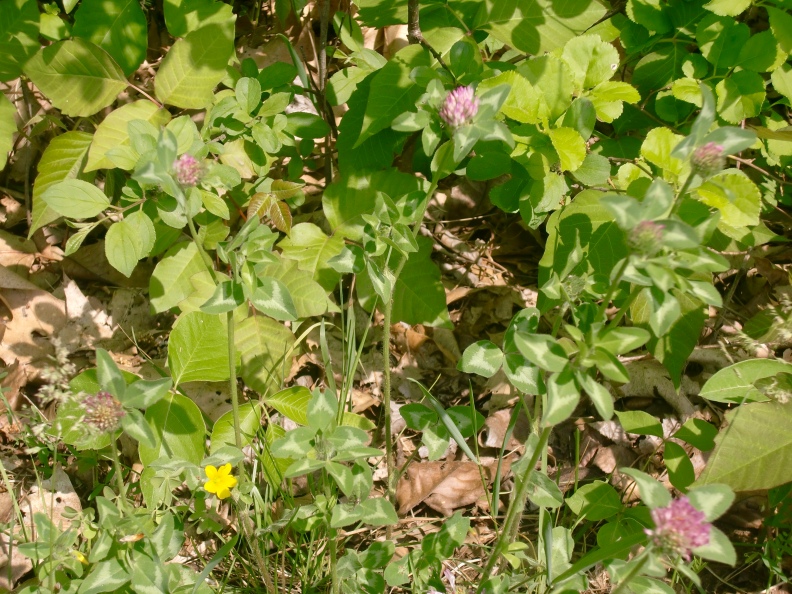 And a lot more frogs. Here is a recording of some green frogs (Lithobates clamitans) calling to one another in the beaver pond (the banjo-like thwang under the sound of the very loud birds):

There were also a lot more bugs, which are not pictured because I was too busy swatting them away.

The only thing there was not a lot of was water in the river.

We also had a couple of surprises. As we left the river and walked along the path that skirts the corn field, I stopped to take some photos of flowers.

As I got closer, I saw that they were both looking at something big and dark in the grass. A woodchuck? I thought. Oh, no. I hope it’s not dead. Or rabid.

But when I finally got near enough to see it well, this is what I saw:

A snapping turtle (Chelydra serpentina). A big one, at least eight inches across.

We watched it for a bit, and it watched us watching it, and then we headed back down the trail.

“Mostly fingers,” I said. Just then, a shape burst out of the woods. We all squealed, but it turned out to be a friendly—and very wet—black lab followed closely its very apologetic owner.

We warned them about the turtle up the trail, and then walked on, discussing who would win in a dog-versus-snapping-turtle confrontation.