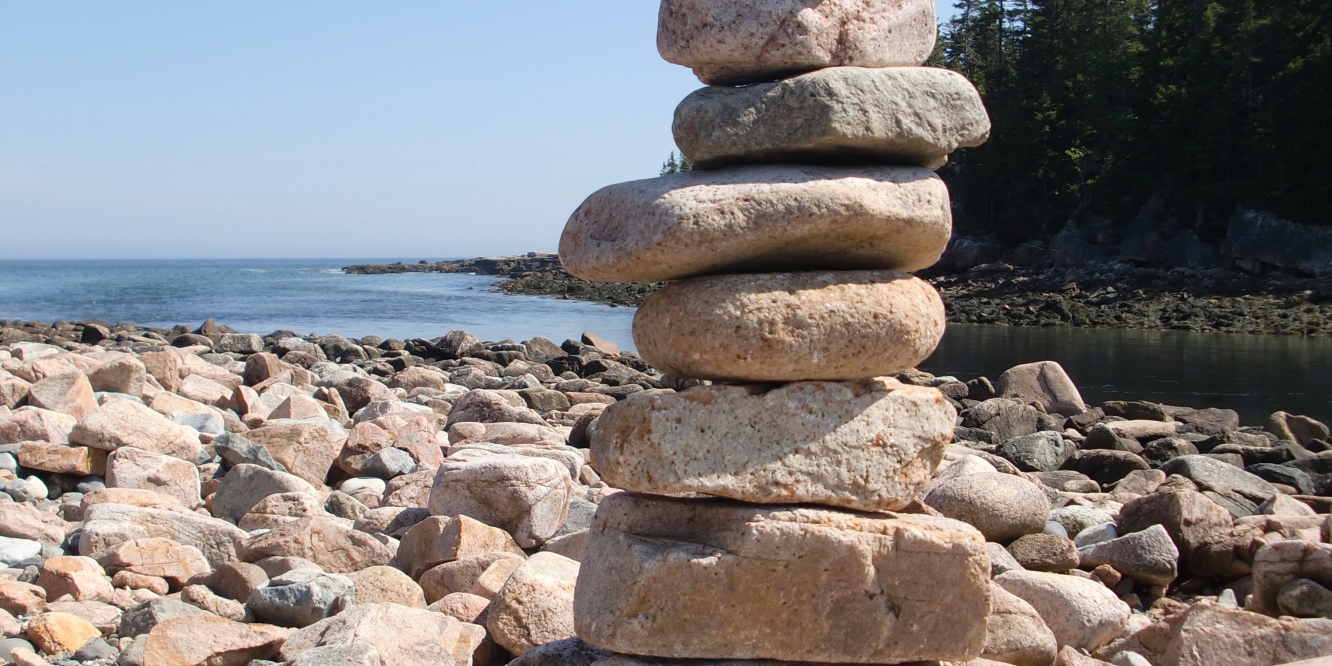 When we hiked on the solstice, we found the trail greatly changed from last week. It almost looked like a different trail. 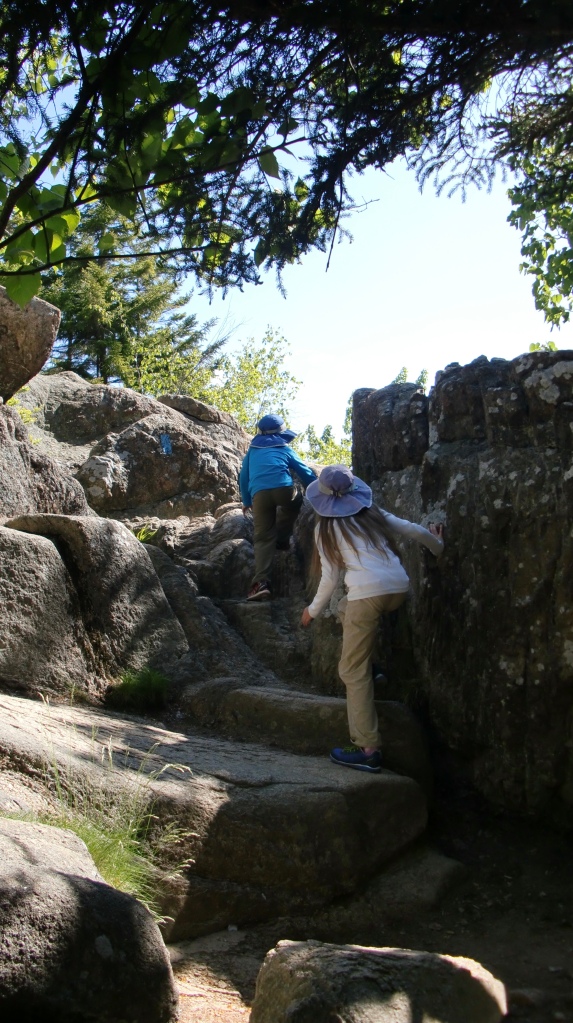 I didn’t fool you, did I? You could tell right off that this was a different trail.

After a few photos, you might even have been able to tell it’s in a different state.

And after a few more, if you’re familiar with national parks, you might have surmised that this is in Acadia National Park in Maine.

And if you’re really, really familiar with Acadia, you might even have guessed that the first photo in this post was taken on the way up Gorham Mountain.

And you’d be right. We took a little vacation that made us miss a week of hikes.

Actually, we didn’t miss a week of hikes, per se, since we hiked a boatload. We just missed hiking our little trail for a week.

Instead we bagged some peaks. 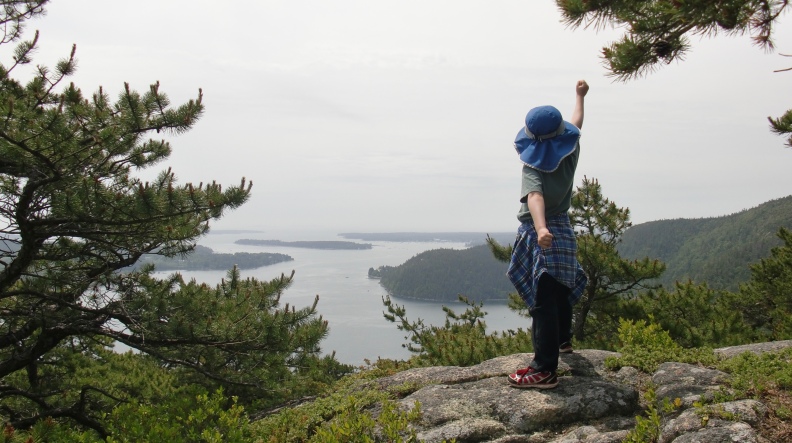 And took in some views.

And played on some beaches.

We figured out very quickly that our early-riser tendencies are an asset at Acadia. The earlier you can hit the trails—and even the driving loop around the eastern side of the park—the better.

For example, Thunder Hole is a very popular feature. We checked it out twice, once about an hour after low tide in the morning and once as we were approaching high tide a few hours later. The morning visit was much more pleasant (i.e., we could find a place to stand and there weren’t dozens of people climbing all over the rocks).

There were blueberry bushes all over the place. Low bush, high bush, little bushes growing from the cracks in between rocks. I didn’t get any photos of these, though. It was too early for blueberries and the greenery wasn’t very photogenic. This fellow, however, was very photogenic:

Not all of our adventuring was on foot, though. We also took a boat ride out to see some seals and puffins and learned that 75% of our family gets seasick in choppy water. Next time I’ll bring more sea bands. I took lots of photos from the boat, but none of the seals or puffins really show up in any of them, so here’s a lighthouse. 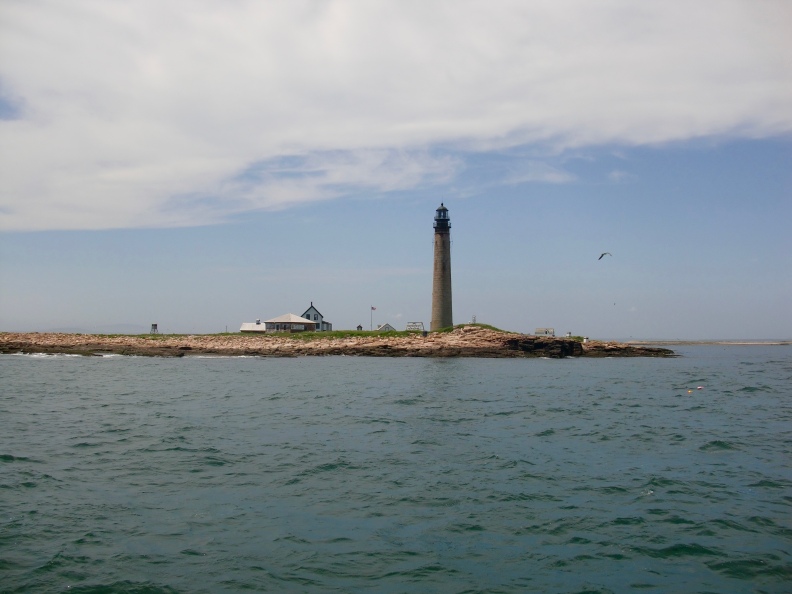 This is where I wish I’d taken notes because I don’t remember what island this is. I think it’s Petit Manan.

This next one I know for sure, though: it’s another morning view from the top of Cadillac Mountain.

We were done with Acadia National Park and Bar Harbor, but we weren’t done with vacation just yet. Stay tuned for my next post to find out where we hiked after Acadia!