Instructions for living a life: Pay attention. Be astonished. Tell about it. ~ Mary Oliver

During the twelfth week after the vernal equinox, we got to hike with our friend Linda again. 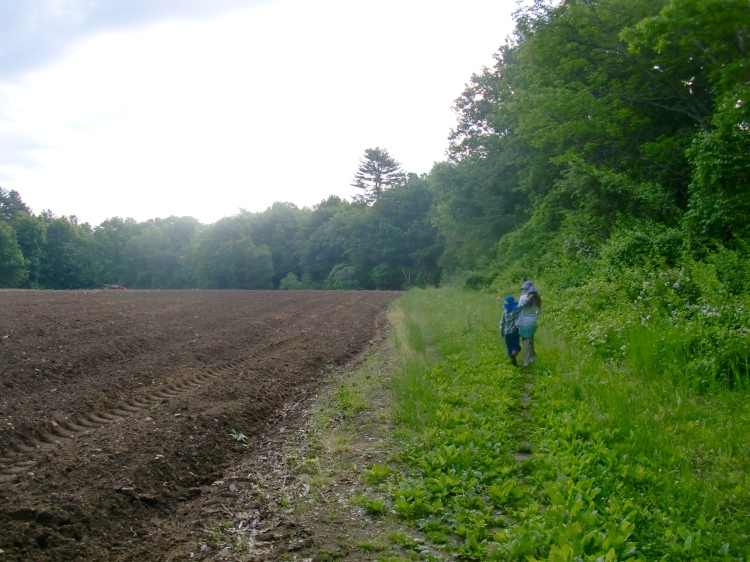 There is no photographic evidence of Linda’s presence on our hike this week, which makes me consider the power that I have as a blogger and storyteller. If I say that Linda was on our hike but there are no pictures, do you still believe me? And if so, what else could I say that you would also believe without photos to back up my claims? Would you believe that we talked to the farm workers who were planting the corn field?

My photo only shows their hats in the distance, but when we were right next to them, it was Linda who asked, “What are you planting?”

One of the workers answered, “Corn.”

After a moment a second worker elaborated: “Popcorn.”

My son commented to me, “Wow. They plant popcorn to grow corn. I didn’t know that.”

I wondered if they were really planting popcorn or if the worker was just pulling our legs. I thought it was just field corn, but I’m no maizologist.

What else might you believe without a photo? Would you believe that we saw an American bullfrog (Lithobates catesbeianus)?

It was right in the middle of the trail, and when my daughter approached, it jumped into the underbrush, apparently yet another species, like goats and horses, unbothered by poison ivy.

You would certainly believe we saw the beautiful, fragrant, and highly invasive multiflora rose (Rosa multiflora). 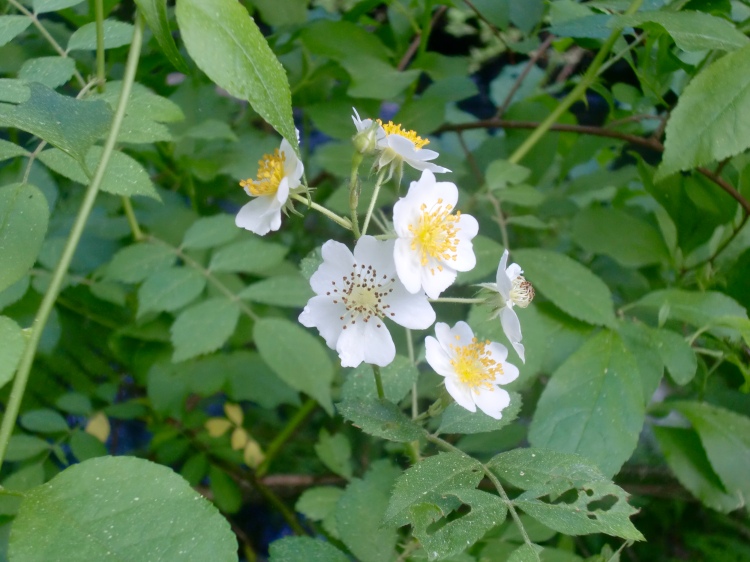 And it wouldn’t be hard to fathom that we saw native pickerel weed (Pontederia cordata) in the river (to the right in this photo). 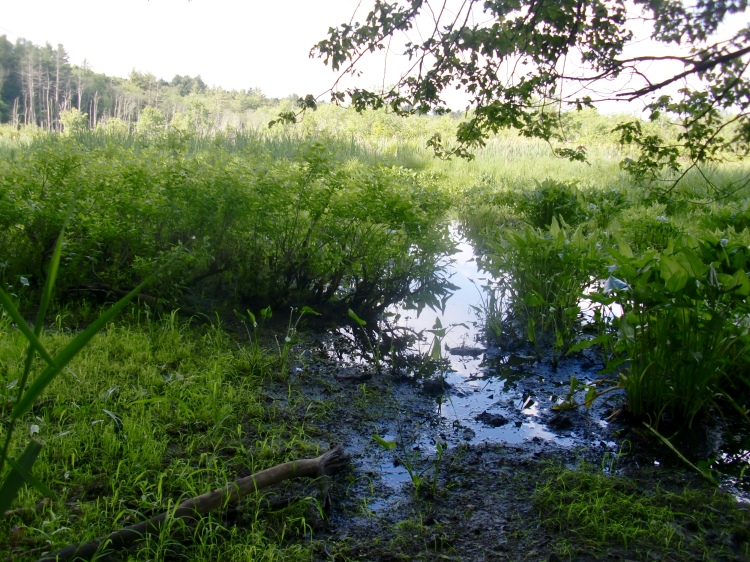 But would you believe that the trail to the river was almost blocked by greenery? 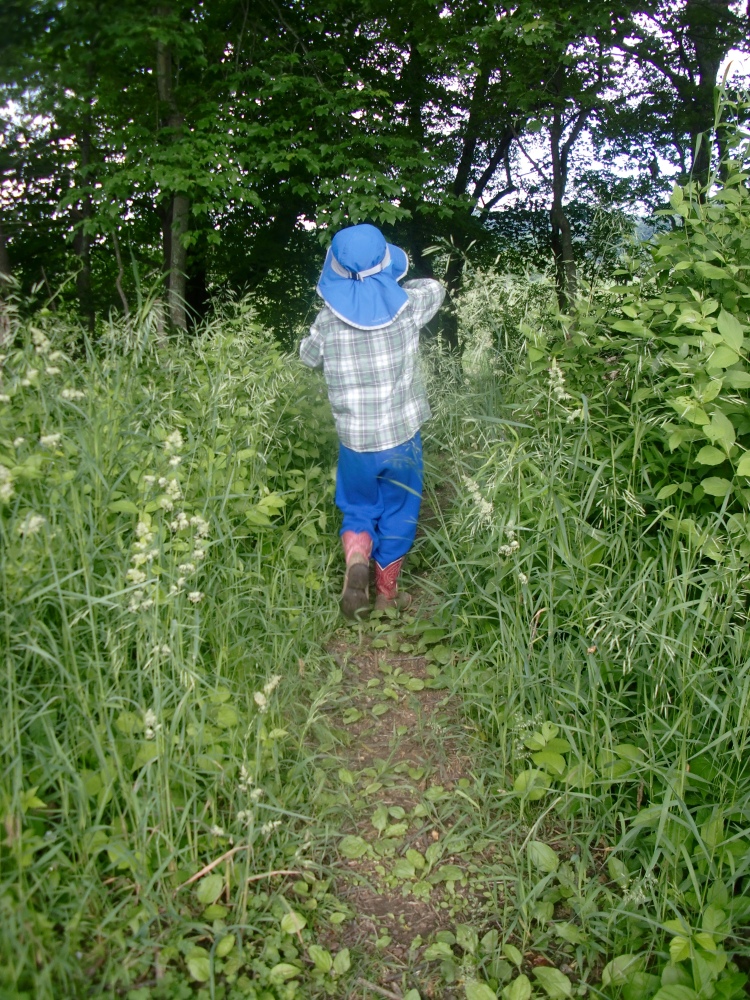 Would you believe that we saw damselflies perched on poison ivy?

And a red squirrel?

Sure, you might believe that we saw a snapping turtle again, this time in the middle of the corn field, perhaps looking for a good spot to lay eggs.

And of course you’d trust that we’d seen a slug.

But without a photo, would you believe that we saw an ant herding aphids?

Maybe you could believe all of that, but photo or not, I know you just couldn’t believe the explosion of sounds and smells we experienced in the meadow.

So I guess you’ll just have to take my word for it.

This blog is made up of photos I've taken and words and sentences I've written. I hope that what you find here speaks to you and that you share and reference it elsewhere. I also hope that if you share something from Imperfect Happiness that you mention where you found it. It would be even awesomer if you linked back to the original content here.